On Thursday, July 8, 2021 at 19:30 GMT:
A year after China imposed a new sweeping security law, Hong Kong is a city transformed. Pro-democratic voices have been silenced, Chinese patriotism has been mandated in schools and media faces swift censorship.

The law criminalises secession, subversion, terrorism, and collusion with foreign forces. So far, it has been used to arrest more than 100 people, mostly activists, politicians and journalists.

Among the most high-profile: the recent detentions of top editors of outspoken newspaper Apple Daily, which was forced to close after authorities froze its assets. Now, many news outlets and citizens have begun exercising self-censorship, and even deleting past social media posts to avoid trouble with police.

China says changes were necessary to “stop chaos and restore order.” Officials have also said there’s “still a lot of work that needs to be done” in terms of securing the city. But critics warn of rampant human rights abuses and have expressed concern about the new culture of fear that has pervaded the state.

Still, pockets of resistance remain. Online activists are fighting to preserve footage of past protests that are being deleted by broadcasters. Those in jail continue to speak out in letters to friends. And some pro-democracy consumers are using apps to find and support like-minded business owners.

In this episode of The Stream we ask, is Hong Kong now a police state? Join the conversation.

In this episode of The Stream, we are joined by:
Katrina Yu, @Katmyu
Correspondent, Al Jazeera 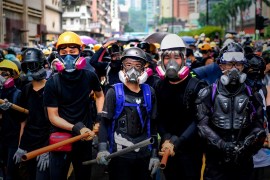 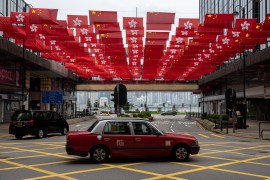 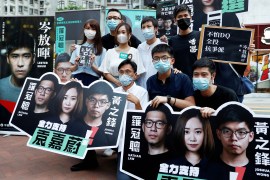