On Monday, November 8 at 19:30 GMT:
As Tigrayan rebels advanced towards the capital Addis Ababa this week, Ethiopia declared a state of emergency with Prime Minister Abiy Ahmed calling on citizens to take up arms and defend the city.

The conflict – which started a year ago in the northern region of Tigray – has spread to the neighbouring states of Afar and Amhara. Tigrayan fighters are now moving south towards the capital, so far claiming control over two cities north of Addis Ababa.

Thousands of people have been killed in the conflict, millions have been displaced and hundreds of thousands are enduring famine conditions, according to the UN.

The war began in November 2020 when Ethiopia’s central government launched an offensive against the Tigray People’s Liberation Front (TPLF), the then ruling party of the Tigray region, in response to what the government said was a TPLF attack an army base.

All sides in the conflict have committed atrocities that may amount to war crimes and crimes against humanity, according to a report by the UN and Ethiopian government-run Ethiopian Human Rights Commission (EHRC). UN human rights chief Michelle Bachelet said, though, that “the big numbers of violations” were linked to the Ethiopian military and to the Eritrean military, which entered the conflict on the side of the government.

In this episode of The Stream, we’ll discuss the ongoing conflict and its impact on Ethiopians.

On this episode of The Stream, we speak with:
Adem K Abebe, @AdamAbebe
Commentator and advisor 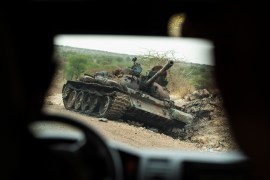 UN Security Council calls for an end to Ethiopia fighting

Security Council asks parties to refrain ‘from inflammatory hate speech and incitement to violence and divisiveness’. 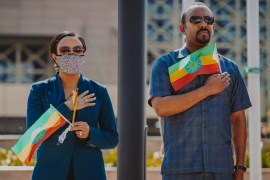 Ethiopia’s Abiy urges ‘sacrifices’ as US orders staff out

PM says Ethiopians must be ready to make ‘sacrifices’ to ‘salvage’ country as conflict with Tigrayan forces deepens. 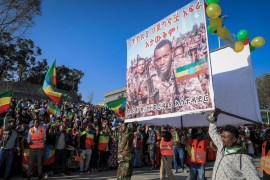 Protesters at a pro-military rally in Addis Ababa pledge to defend the capital from advancing rebel groups.