On Tuesday, November 23 at 19:30GMT:
A trio of suicide bombings rocked Kampala on 16 November, killing at least four people and injuring more than 30 others. An ISIL (ISIS) affiliate has claimed responsibility for the attacks.

The bombings, which happened near the parliament building and the central police station are believed to have been orchestrated by a group connected to the Allied Democratic Forces (ADF) in the Democratic Republic of Congo.

In a statement via its media agency Amaq, ISIL praised the attackers, referring to them as Ugandan foot soldiers of its caliphate.

Two days after the attack Ugandan security forces killed Sheikh Muhammad Abas Kirevua, a Muslim cleric accused of recruiting ADF members. Authorities are now searching for another cleric, Sheikh Suleiman Nsubuga, who is thought to be responsible for the training and supply of materials to make explosives.

In this episode of The Stream, we discuss the attacks and ask what’s being done to prevent future attacks from happening?

On this episode of The Stream, we speak with:
Andrew Mwenda, @AndrewMwenda
Founder, The Independent 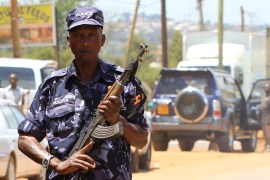 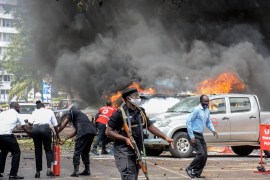 Police in Kampala say at least three people killed and 33 others injured in twin suicide bombings in the capital city. 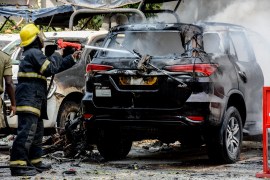 Blasts cause chaos in Kampala as terrified residents flee the city’s centre. 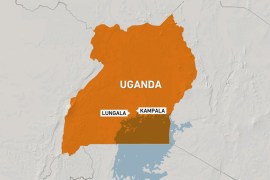 Several people were injured the police said on a bus travelling from Kampala to western Uganda.