On Monday, November 22 at 19:30 GMT:
The safety and whereabouts of Chinese tennis star Peng Shuai continue to be under question. Since accusing a former Chinese vice premier of sexual assault, calls for verifiable evidence of her wellbeing have grown. Peng’s accusation is China’s latest high profile #MeToo case and the first to involve a top leader in the communist party.

Recent video footage of Peng released by state media failed to address concerns expressed by the Women’s Tennis Association, which has called for an independent investigation into Peng’s sexual assault allegations. The WTA has also threatened to pull its tournaments out of China over the matter.

A November 2 post from Peng’s official account on Weibo accused ex-vice premier Zhang Gaoli of two instances of sexual abuse over the past decade. The original post and other posts mentioning it were quickly taken down from Chinese websites.

Fellow international tennis stars including Naomi Osaka, Serena Williams and Novak Djokovic are now among those expressing concern about Peng’s safety. On social media outside of China, people are sharing the story using the hashtag #WhereIsPengShuai.

In this episode of The Stream, we’ll the discuss the questions surrounding Peng Shuai’s whereabouts and the impact of her sexual assault claims in China.

On this episode of The Stream, we speak with:
Leta Hong Fincher, @LetaHong
Author and feminist 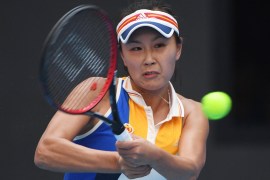 International concern mounts over welfare of player who hasn’t been seen since she made sexual assault allegations. 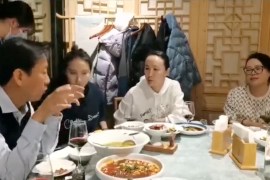