On Tuesday, November 16 at 19:30 GMT:
This year a record number of more than 100,000 migrants have risked their lives traveling through the Darien Gap, a treacherous jungle area between Panama and Colombia. The Darien Gap is one of the main routes for migrants heading from South America to the United States.

Migrants and their families who travel through the 97-kilometre stretch face the threat of violence and extortion schemes from criminal gangs and paramilitary groups. There have also been increasing reports of sexual assaults against women.

Despite the dangers, a record number of children are also making the perilous journey. The UN children’s agency reported last month that about 19,000 children have crossed the Darien Gap so far in 2021, an amount nearly three times higher than the total for the last five years combined.

Most of the migrants who are entering Panama are Haitian. Many also come from Cuba, Venezuela, and parts of Africa and Asia. Officials from Panama, Costa Rica and the Dominican Republic have asked the US for help in stopping the flow of migrants.

In this episode of The Stream, we’ll look at the dangers in crossing the Darien Gap and what’s being done to address the migrant crisis in Central America.

On this episode of The Stream, we speak with:
Teresa Bo, @TeresaBo
Al Jazeera correspondent 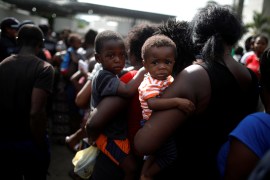 African migrants ‘forgotten’ on dangerous treks to US: Report

A journey into one of the world’s most dangerous migration routes. 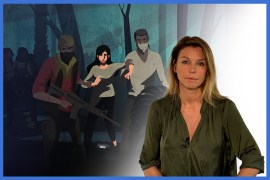 “We were listening to stories that make you feel powerless, where you cannot help them”.