On Tuesday, December 8 at 19:30 GMT:
Security forces in Uganda have in recent weeks dealt a heavy hand to supporters of one of the country’s leading presidential election candidates. But as #UgandaIsBleeding continues to appear on social media, leading opposition candidate Bobi Wine has pledged to stay in the race against incumbent President Yoweri Museveni.

Wine, a musician and politician whose real name is Robert Kyagulanyi, announced the resumption of his campaign under the National Unity Platform just hours after he suspended it on December 2. A day earlier, members of his campaign team were injured, some critically, in clashes between security forces and Wine’s supporters in the district of Kayunga.

Wine is on bail, on charges of violating measures to stop the spread of coronavirus by holding campaign rallies. He is one of two presidential election candidates arrested in recent weeks for alleged breaches of COVID-19 guidelines around political campaigning. Museveni, who chairs the ruling National Resistance Movement (NRM), has criticised candidates for holding events that break published coronavirus protocols. But human rights groups say the health rules are being weaponised to chill dissent.

Uganda’s already tense security atmosphere has only worsened since official campaigning began in early November for the presidential election, which takes place on January 14. The most recent detention of Wine on November 18 sparked major protests across Uganda, including in the capital Kampala. Dozens of people were killed as security forces launched a crackdown against demonstrators critical of his arrest, while journalists have also been detained. The ruling NRM says opposition candidates have routinely provoked security forces. In late November, Museveni said some of his rivals were being supported by “anti-Ugandan elements from outside” the country to “render Uganda ungovernable”.

Meanwhile, Ugandans are facing major challenges. The country’s economy has been hit hard by COVID-19, with remittances down, exports on the slide, and direct investment to Uganda hampered by the pandemic. And young people face an uncertain future, with hundreds of thousands reaching working age each year while only a fraction of new jobs become available. More than 75 percent of Ugandans are under the age of 30 and only know life under Museveni, who has been president without interruption since 1986.

In this episode of The Stream, we’ll look at what lies ahead for Ugandans as election day nears.

In this episode of The Stream, we are joined by:
Joel Ssenyonyi, @JoelSsenyonyi
Spokesperson, National Unity Platform
peoplepower.org.ug 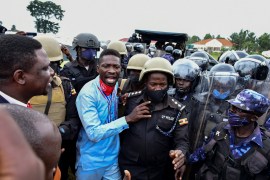 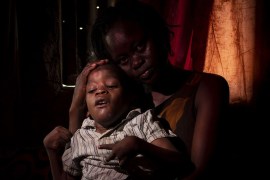 ‘It takes a village to kill a child’: Uganda’s hidden children

Faced with stigma and abuse, many children with disabilities are hidden indoors, with few options for specialised care. 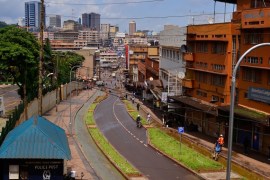 Petition urging removal of names of British colonial figures from streets and landmarks to be taken to Parliament.