This is the second show in a week-long series highlighting themes from the 2019 SXSW Conference and Festivals.

In this episode, we’ll take a look at the below documentary films:

Knock Down the House
“Knock Down the House” follows the political aspirations of four progressive women – Alexandria Ocasio-Cortez, Amy Vilela, Cori Bush, and Paula Jean Swearengin – as they hit the campaign trail in 2018 to push for change in the United States.

We speak with New York Congresswoman Alexandria Ocasio-Cortez to find out how she plans to continue to change the face of US politics.

Send Me Home
Rickey Jackson was 18 years-old in 1975 when he was sent to prison for a crime he didn’t commit, serving 39 years before he was exonerated in 2014. Rickey recounts his experience behind bars in “Send Me Home” – a 360-degree immersive journey of his return to society.

We speak with Rickey Jackson and director Cassandra Evanisko to learn about his time as the longest-held US prisoner to be cleared of a crime.

For Sama
In “For Sama”, Syrian filmmaker Waad al-Kateab tells the story of besieged Aleppo during five years of the brutal war in Syria. As violence rages around her, al-Kateab finds love, gets married and gives birth, documenting the conflict for her newborn daughter, Sama, to whom she dedicates the film.

“I feel it does justice to our experience, our sacrifices and the unimaginable pain of what we, the Syrian people, endured during those years of the revolution”, al-Kateab told Channel 4 News. “It’s our story, our voices, and I’m proud of it. This film is also for the people lost — a testament to their sacrifices.”

We meet Waad al-Kateab and co-director Edward Watts to hear about the sacrifices that made “For Sama” possible.

On this episode of The Stream, we speak with:
Rickey Jackson @lonelyleap
Exoneree & documentary subject, Send Me Home
lonelyleap.com

Read more:
‘Knock Down the House’ stars AOC but all four stories shine – austin360
Good Kids, Bad City: Overturning One of the Longest Wrongful Convictions in History – The Takeaway
“For Sama”: New Film to Air on FRONTLINE in 2019 Makes Debut at SXSW – PBS

What do you think? Record a brief comment here, or leave your thoughts in the section below. 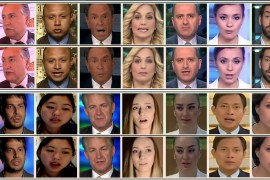 Would you be fooled by a deepfake?

Artificial intelligence is getting better at creating ultrarealistic fake videos. 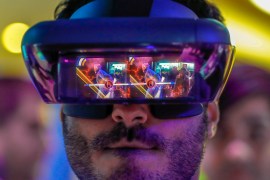 What do you know about augmented reality?

We take you live to the #SXSW festival to discuss immersive storytelling and the power of smart cities. 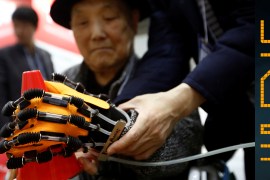 Can tech break barriers for people with disabilities?

The Stream concludes its week at the 2018 SXSW Conference & Festivals with a look at innovations in disability and assistive technology.