On The Listening Post this week: India’s political parties are deploying big money, strategy, and celebrity sparkle to win votes. Plus, the news network telling the Rohingya story.

Prime Minister Narendra Modi wants a second term, and his party – the BJP – seems destined for victory in India’s general election. How much of that is due to Modi’s genuine popularity, and how much is down to the BJP’s sprawling publicity machine – is another question.

Over the past financial year, the BJP’s publicity budget has been 20 times that of the main opposition party, the Congress. That’s a lot of extra rallies, billboards and social media ads spent to brand Modi as the leader Indians need. Throw in a few dozen celebrity endorsements, Bollywood style, a mainstream news media, most of whose support the BJP gets for free, and it adds up to an election that looks like Narendra Modi has well in his grasp.

Richard Gizbert speaks to producer Tariq Nafi on the battle of Donald Trump versus the White House press corps, as well the latest on Arab activist Iyad al-Baghdadi who does a lot of work on Saudi Arabia and who may now have a target on his back.

In breaking news out of Myanmar this past week after more than 500 days behind bars, two Reuters reporters, Wa Lone and Kyaw Soe Oo, have been released by the government. The men had been jailed for their investigation into the killing of 10 Rohingya Muslims by Myanmar security forces. News of their release was welcomed by journalists and activists around the world.

In Myanmar though, reporting the Rohingya story remains challenging. Since 2017, almost three-quarters of a million Rohingya Muslims have fled to neighbouring Bangladesh – and Myanmar’s government has been aggressive in its attempts to control the narrative. One network however, Rohingya Vision TV, has been reporting the story from the inside. 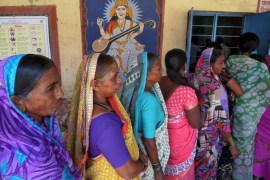 India votes in fifth round of staggered elections

Millions of Indians exercised their franchise to elect 51 lawmakers from across seven states. 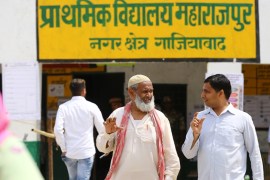 Q&A: ‘India is heading towards a full ethnic democracy’

As India holds elections, two leading editors question whether it is the one of the world’s most successful democracies.