On The Listening Post this week: An instant messaging app becomes a symbol in Lebanon’s protests against taxes, austerity and corruption. Plus, sub-Saharan Africa’s colonial-era media laws.

For a week and a half now, the streets of Lebanon have been jammed with protesters – the biggest anti-government demonstrations in 15 years.

The protests were triggered by talk of a new tax on WhatsApp and other internet call services – like Facebook Messenger and FaceTime.

The protesters are a non-sectarian coalition. Not that you would know that, watching some of the television channels coming out of Beirut. Some of the more independent outlets have jumped on this story, but those controlled by politicians have been spinning, downplaying, or just ignoring the unrest.

Richard Gizbert speaks to producer Tariq Nafi about the relationship between Ethiopia’s prime minister and one of the country’s most famous media owners that may have gone sour.

Back in the late 19th century, European powers were setting sail for Africa, sweeping across the continent, colonising country after country.

Once they took power, they wrote laws designed to ensure that the colonised would not rise up against the colonisers – laws that could also be used to silence, censor, and jail or intimidate journalists who refused to toe the line.

Come the late 1950s, Africans began revolting and over the next decade or two, most countries would win their independence.

However, much of the colonial legislation remained in place and there is now a growing list of journalists in sub-Saharan Africa falling afoul of those laws.

The Listening Post‘s Nic Muirhead explores the colonial-era laws that still determine what can and cannot be reported in sub-Saharan Africa. 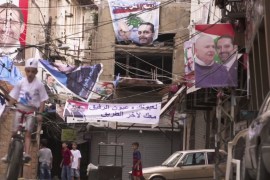 The State of Lebanon

Amid deepening regional rivalries what does the future hold for Lebanon’s long established political dynasties? 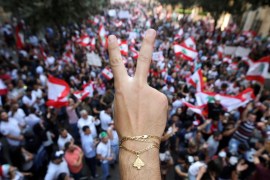