On The Listening Post this week: The quagmire in Syria gets worse and the reporting gets much more confusing and difficult. Plus the long history of blackface in the Arab world.

Turkey, Syria and the war that just gets tougher to report

Ceasefire or no ceasefire, Turkey‘s decision to alter the military equation in Syria is a geopolitical game-changer.

The talk in the western media has been of Americans double-crossing the Kurds, of possible ethnic cleansing, even a looming genocide. The narrative the Erdogan government in Ankara has tried to get out there – that Kurdish forces on its southern frontier pose a mortal threat – has been lost on the western commentariat.

President Recep Tayyip Erdogan‘s message is far better received at home, thanks to domestic media outlets that learned long ago that they criticise this government at their peril.

Richard Gizbert speaks to producer Flo Phillips about the MSNBC host Chris Hayes taking his NBC bosses to task over reports that they suppressed the Harvey Weinstein story in order to protect an alleged predator of their own.

Blackface: The ugliness of racism in Arab media

Blackface – white or light-skinned people caricaturing those of African descent by darkening their faces with theatrical make-up – is a supposed entertainment device whose origins lie in a bygone era.

Across much of the western world, it no longer features in mainstream art or show business, but in Middle Eastern media you do not have to go back in time to find people “blacking up“.

Blackface and caricatured depictions of black people still go out on the air, and in most cases, they are not even seen as offensive.

The Listening Post’s Tariq Nafi reports on the ugliness of racism in Arab media and the persisting legacy of blackface. 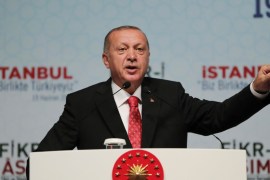 Media haven or hell? The paradox of journalism in Turkey

A look at two groups of exiled journalists: those on the run from Turkey, and others who have found a sanctuary there. 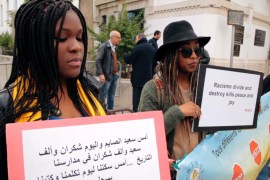 Five years after the revolution, Tunisia’s black minority has yet to experience the freedoms enjoyed by other citizens.