On The Listening Post this week: A ceremony in Jerusalem, a massacre in Gaza. We analyse media coverage of events in Israel and Palestine. Plus, spies on air in the US.

The images beaming out of Israel and Palestine this week could not have been more different: On one side, dignitaries mingling in West Jerusalem, toasting the opening of the new US embassy there.

On the other, carnage at the Gaza-Israel border: at least 60 Palestinians killed, most of them picked off from a distance, by Israeli snipers.

The bulk of the Israeli media echoed the official state narrative of self-defence and sovereignty.

Elsewhere in the region, from Turkey and Iran to Saudi Arabia and Qatar, media coverage reflected the significant geopolitical changes under way.

Richard Gizbert speaks to producer Flo Phillips about a change at the top of the Bangkok Post, and the reason Spanish journalists at the state broadcaster have taken to wearing black every Friday.

Pro-war pundits on US airwaves

During the run-up to the Iraq War in 2003, false intelligence reports and a compliant US news media helped sell the invasion to Americans.

Five years later, the New York Times revealed that part of that media sales pitch had been scripted by the Pentagon itself, in the person of retired generals it had trained to deliver talking points through the news media.

Have the US media learned from the Iraq experience? It doesn’t look that way.

Cable news coverage of US involvement in Syria features a phalanx of former military and intelligence officials: among them, some of the same faces that helped pave the warpath to Iraq, and others who have proven to have a casual relationship with facts.

Not that that seems to bother the news producers who keep calling them up and providing them with on-air platforms.

Melvin Goodman, author of Whistleblower at the CIA: An Insider’s Account of the Politics of Intelligence 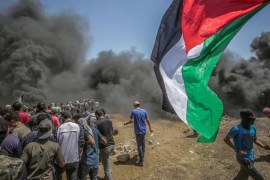 Protesters march in major cities to commemorate the Nakba

Demonstrators around the world take to the street demanding Israel be held accountable for killing of Palestinians. 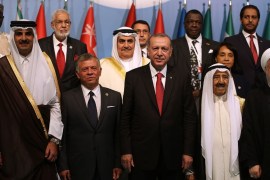 Erdogan calls on Muslim countries to unite and confront Israel

Turkish president tells OIC leaders that Israel must be held accountable for the killing of Palestinians in Gaza Strip.