The South Africa ‘Up’ series follows the personal journeys of a diverse range of young South Africans, born in the apartheid era.

The country is still beleaguered by the AIDS crisis that sees young people between 20 and 30 especially hard hit.

I hadn't seen Shane for a long time after 14 Up and totally by accident, I went out with a few new people one night and it happened that they were friends with him ... and then a few weeks later I just heard that somebody had died but I didn't know exactly who and so I found out after the funeral that it was actually Shane that had passed away.

Infection and death rates are still high, with 71 percent of deaths of those in the age group 15 – 29 caused by HIV/AIDS.

While the new South Africa is 12 years old in 2006, issues of poverty, race and violence are still the backdrop to many lives.

For some of our key characters, little has changed. Frans still lives in the same cramped Soweto house that we filmed in 1992. He dreams of a professional football career as a way out of poverty.

For Andiswa and Luyanda, life is still complex in the Cape townships where they live, with babies for one of them and divorce for the other.

And Kashan has moved on from a wild ‘sex-and-drugs’ lifestyle over the past few years and is now focused on her creative work while holding down a job.

Meanwhile, Arthi is coping after her father’s death, living with her mother and sister and pursing law as a career.

Claudia is dealing with her own ambitions for being a doctor and still looking for an ideal partner.

Tragically, three of the young people have died in the AIDS crisis of the intervening years.

Bonita, the animated daughter of the Zulu chief who longed to break the rules; Linda from rural Transkei with his beloved cattle; and Shane, who talked so passionately about his love for his mother, have all passed away between the ages of 14 and 21. 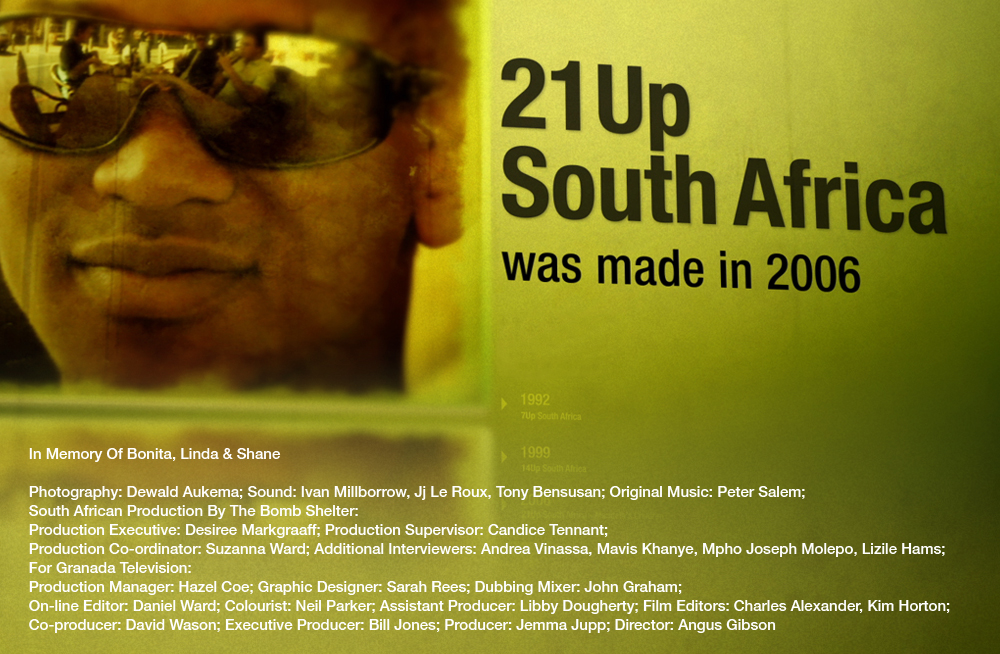