Everything has changed from when I was seven. What was a fully functioning country … everything was working. The money went to the right places. It was allocated correctly. It was actually spent correctly. Everything has gone haywire.

The South Africa ‘ Up ‘ series follows the personal journeys of a diverse range of young South Africans, born in the apartheid era. In 28Up we revisit them in 2013 where, at age 28, they talk about their lives and adult relationships.

While some have remained consistent, others have suffered emotional setbacks with their relationships.

Career, race and religion also still play a central role in the lives of many of the characters.

Olwetu is a successful radio host and businesswoman, who is married with children, but there is trouble in her rural community and, by the end of the film, her family faces a huge crisis. They will have to flee out of fear for their lives when local politics targets them.

Lizette’s ‘perfect’ life that she spoke about at age 21 has proved to be less than ideal. Her marriage to Greg is over and she is once again living with her parents in their very crowded home, running the family business. But after hitting a low point during her divorce a few years back, she is now in a new relationship and is as optimistic as ever.

Tienie has experienced big changes in his life, including casting off his hedonistic lifestyle for a committed relationship, a marriage and a significant re-connection with his faith. His views about the world, including race and politics, have shifted dramatically as he faces up to his racist upbringing and decides to make his own decisions.

Lunga has always had an interesting relationship with issues of race, having grown up in mixed communities and circumstances. He dropped out of university after 21Up and is still looking for his ‘thing’. He is now in a relationship and they are contemplating their future together. 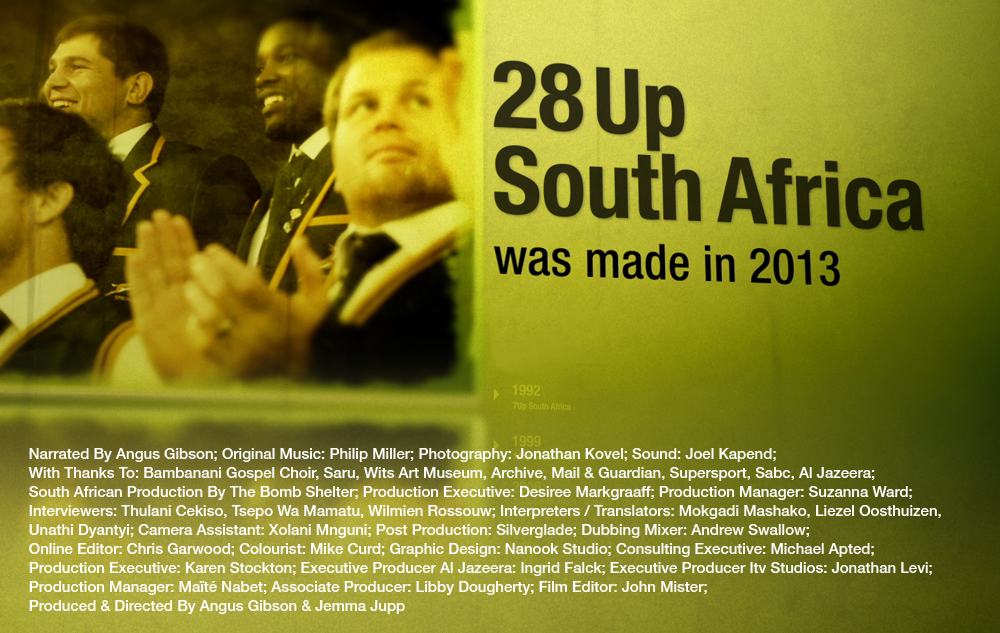