Russian-born Danja Vasiliev and New Zealander Julian Oliver are part of a growing movement of coders and hackers who use their skills to create questioning and humorous digital art.

Along with Gordan Savicic, they wrote the Critical Engineers manifesto, which posits: “The greater the dependence on a technology the greater the need to study and expose its inner workings, regardless of ownership or legal provision.”

Many of us had known for a long time and even warned against the risks of having implicit trust in technology we don't understand, most particularly network infrastructure.

Through their art, Oliver and Vasiliev are focusing on showing how vulnerable the public is to mass surveillance. They create visual, interactive digital objects, do street interventions and performance, and use engineering to comment upon the world we live in.

“Engineering is perhaps the most transformative language of our time. Engineering shapes the way that we move, communicate and think,” Oliver says.

Oliver and Vasiliev’s past projects include “Men in Grey” (2009 – 2014), in which the artists dressed in grey suits and carried briefcases displaying private messages that people sent in public, networked places, such as cafes with wifi. As Oliver explains, he creates projects “which engender a healthy paranoia”.

We follow the duo and their colleague Bengt Sjölén as they construct and launch their latest project: a weather balloon modified with a computer and radio scanning equipment to monitor and intercept what is impossible to pick up from Earth – transmissions in the upper atmosphere.

They are particularly interested in the unmanned aerial vehicle drone-to-satellite microwave signal domain and expect to reveal secret drones flying above Europe that rove above our heads.

We see them build the technical side of the balloon, negotiate the flying licences and launch site, and fulfil the legal requirements before they send the balloon on its 30km vertical journey to the edge of space, which we see from the balloon-cam.

The team then interpret the data and turn it into visual representations of the objects and communications taking place in the clouds above our heads. Their project culminates in the opening of The Deep Sweep exhibition, which reveals the results of their latest work.

In this film, we also speak to Marek Tuszynski, a technology activist with the Berlin-based Tactical Technology Collective, which advances the use of information and digital technologies by activists.

Monitoring everything from drunken fights to passionate encounters, the unshy eyes of CCTV cameras are ubiquitous across London. In fact, while researching for this film I noticed one set up on traffic lights just outside my window, its unflinching gaze capturing glimpses of my everyday life. It was a disturbing realisation.

The CCTV camera was only a drop in the ocean of data that I soon learnt was being captured about my life each day – from the digital traces I leave online to the wealth of information being offered by my smartphone. Technology is breaking down the online and the offline and becoming ever-present; our entire lives can be observed and analysed in incredible detail. This sat uncomfortably with me as I questioned what it meant for our privacy, human rights and relationships with private companies and our governments. A lingering thought, however, stayed with me – was I just being paranoid?

Coming from an arts background, I wanted to explore these questions and issues through the lens of art. I felt this could be a powerful way to help people to understand and engage with topics that might otherwise be less accessible. Art and activism together can have the power to expose, reflect and open debates.

When I came across the Critical Engineers’ work I was impressed by their playful approach to the issue of surveillance and their desire to get under the hood of technology – to peel back its layers and expose the mechanics that lies beneath. As critical engineer Julian Oliver says, “We went from being playful paranoid to wise … we need to understand technology first in order to question it.”

The Critical Engineers are a group of artists, hackers and engineers working in a Berlin studio filled with wires, cables, circuits and intriguing antennas. They believe engineering shouldn’t be left alone to science and utility and should be more accessible to everyone to understand the devices we use.

Many of us put a large amount of trust in devices that are shaping everything from the way we move to refrigeration.

Underpinning the Engineers’ work is the Critical Engineering Manifesto, a framework that advocates a greater understanding of technology through questioning the discourse and practice of engineering. One example is that most of us can explain what happens after sending a letter, but very few know what happens after you hit send on an email.

Like many others, I’ve walked blindly into a techno-utopia, accepting the countless number of pages of terms and conditions just so that I can all use the same apps and services as my friends.

And so, what is the cost of all this?

I spoke with Tactical Tech, a Berlin-based organisation that helps people to better understand digital surveillance, privacy and activism.

Stephanie Hankey, co-founder of Tactical Tech, argues that pervasive surveillance isn’t only about stopping terrorists – it’s about social control. She argues that it’s fundamental for society that “researchers, investigators and academics can do their work and look into the conduct of governments and of companies, securely and privately … If you take that away you no longer have people who can do that for us. And so it’s not even sometimes that you have to care about your data but maybe as a fundamental kind of value set you should say this is an important part of our society and we have to protect it.”

Nowadays, it is becoming increasingly impossible to go “offline”, and our online privacy seems to have become a luxury. We don’t question the impact this constant observation might have on our freedom or our privacy, and most of the people I encounter don’t seem to feel the necessity to question the way our data is used and our right to privacy.

Marek Tuszynski, the other co-founder of Tactical Tech, explains that the problem with this one-way surveillance system is “that your action may be pre-empted before you have acted. On a very arbitrary basis – models, algorithms” and “we might agree with our government today but tomorrow we may not and this reduces our chances of becoming activists.”

Filmmaker Dan Boaden and I travelled to Berlin to join critical engineers Julian Oliver, Danja Vasiliev and Bengt Sjolen for their next project titled “The Deep Sweep”. We planned to film the launch of a balloon into the stratosphere, which would be scanning for radio frequencies on the way up to try to listen for communications from drones to satellites.

We witnessed the sleepless nights as the group embarked on a pioneering endeavour – to launch the first known civilian ground-to-air countersurveillance device. It was remarkable to witness their journey and understand what went into such an ambitious project, which made use of only affordable and accessible tools.

With the current situation and recent events in Europe, online surveillance and the possibility of drones being used to watch us will become increasingly topical, yet it is important to have the flexibility to question the extent of this surveillance and to address the lack of transparency related to digital surveillance, and the way this will affect our rights to privacy and freedom.

The Cypherpunks, a group of coders who were some of the first to warn against the risk of digital mass surveillance in the late 1980s, stated in ‘A Cypherpunk’s Manifesto’: “Privacy is necessary for an open society in the electronic age. Privacy is not secrecy. A private matter is something one doesn’t want the whole world to know, but a secret matter is something one doesn’t want anybody to know.” 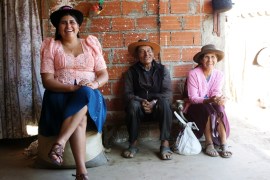 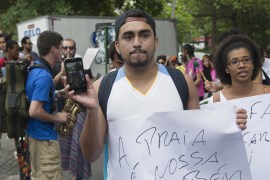 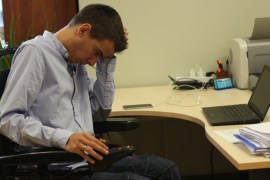 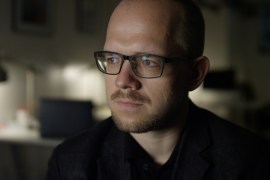