Niger has long been a key staging point for migrants and asylum seekers from sub-Saharan West Africa, but the traffic reached a peak in 2015/16 when the International Organisation for Migration (IOM) estimated that 330,000 people followed the desert routes north – through often inhospitable country – to reach Libya or Algeria, and then the Mediterranean coast and sea crossings to Europe.

The exponential growth mostly came about because the chaotic descent of Libya into civil conflict in the years after the Arab Spring opened up new routes and border crossings and made it easier for people traffickers to operate in the security vacuum, but it also flourished because it generated significant income and employment for northern Niger and its largest city, Agadez. Much of this was from the perfectly legitimate businesses – in transport and accommodation – that sprang up to service and feed off and then further develop the migrant trade. The increased wealth was welcomed because it helped bring back a measure of stability to an area that had seen its own resistance during the Tuareg Rebellion of 2007-2009 and which had been struggling economically in the aftermath.

But even as the traffic was burgeoning, the Nigerien government was coming under pressure from the European Union, which was eager to find a response to the alarming flows of people coming across the Mediterranean. Close to its own maritime borders, the EU began working with the Libyan coastguard and others to refashion methods of deterring that seaborne traffic, but it also looked for innovative ways of stemming the movement of people on land much further south.

So, to the grateful relief of the EU, Niger passed new anti-smuggling laws. In early 2016, its interior minister Mohamed Bazoum ordered their implementation across the country, sending police out to arrest smugglers (most of whom, of course, had previously been operating within locals laws) and confiscating hordes of the ubiquitous pick-up trucks that drivers had become used to piling high with lucrative migrant passengers.

The new laws quickly began making a big dent in the migrant flow, bringing down the number of travellers passing through Agadez from around 24,000 a month in 2016 to around 5,500 a month in 2017.

But there have been other consequences and many of them difficult for Niger. The economic fallout for the north of the country has been considerable – with revenues in Agadez alone being reduced by around $117m a year, according to the IOM. Indeed the losses across the area have been so significant that the EU has had to offer $635m to compensate those who had once made a living out of migration through a reconversion plan involving business grants and loans and other support, although so far the difficulties of qualifying for any such support seem to be keeping the take-up of these opportunities to a minimum.

Moreover, where previously migrants were able to move openly, they now have to use clandestine back routes through remote desert country to avoid villages and police patrols. This is dangerous. The UN roughly estimates that for every migrant death in the Mediterranean sea, now two die in the Sahara desert.

Meanwhile, community leaders fear that youth unemployment and the lack of long-term investment (notwithstanding the EU’s struggling compensation scheme) to develop alternative economic models could lead to increasing criminality and insecurity. With the migrant traffic suppressed, police warn that drug trafficking is becoming an ever more attractive option and elders fear that idle young men who would once have worked in the migration trade could now easily fall prey to the competing attractions of Boko Haram or the Islamic State of Iraq and the Levant (ISIL, also known as ISIS), which pose a growing threat across this part of West Africa.

So how to best assess the EU’s apparent attempt to push Europe’s borders this far south? Niger is rated as one of the world’s least-developed nations by the UN, but is it now paying too high a price for Europe’s anti-immigration policies? We sent correspondent Juliana Ruhfus and filmmakers Marco Salustro and Victoria Baux to find out. 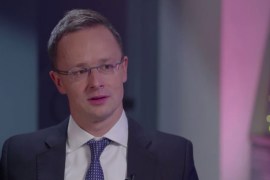 Immigration ‘not a human right’: Hungary FM on EU criticism 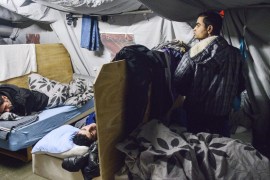 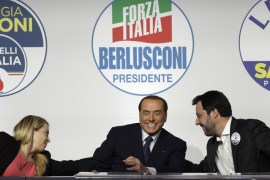 Before Italy’s election we ask if the country’s fragile economic recovery could be at risk of melting away.