The United States’s constitutionally enshrined love-affair with firearms has given it the highest levels of private gun ownership in the world, a truly staggering rate of gun-related deaths (from high-profile “mass killings” to more routine daily homicides), and a hugely powerful and wealthy arms industry dedicated to preserving the status quo.

Following the latest appalling calamity in February, when 17 people were slaughtered at the Marjory Stoneman Douglas High School in Florida, the pro and anti-gun ownership lobbies have been engaging in a now familiar debate about the extent to which US gun laws should be tightened up – with the notoriously pro-gun President Donald Trump pledging to stop such carnage happening in the future.

But it isn’t just the US that’s felt the effects of this gun epidemic.

A fully automatic AK-47. It looks ugly, it sounds ugly, and it scares people. Of course this is the gun most of the bad people in Mexico like.

South of the border, in Mexico, American-sourced weapons have been playing a deadly role in the country’s drug war for well over a decade.

The violence and chaos fuelled by these smuggled firearms are so widespread and devastating that it’s been a significant motivating factor in the desire of many in that country to flee to the north.

READ: The day I got my AK-47: Arming Mexico’s Cartels

Of course, it won’t be lost on anyone with an appreciation of painful ironies that this kind of desperate migration is precisely why President Trump wants to build a wall along the frontier between the two nations.

It seems that it’s OK for deadly munitions to travel one way but not for the prospective victims of those munitions to go the other.

So how exactly do these weapons get trafficked across the border and why is the US government doing so little to stop the flow?

For the second of our two special reports on America’s guns, we sent correspondent Juliana Ruhfus and filmmaker Karim Shah to investigate.

How has the international arms trade exacerbated conflict in the Middle East? People and Power investigates. 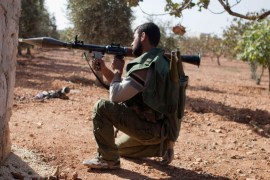 Will the US ever change its gun laws?

We analyse the failure of US gun control laws in preventing recurring mass shootings. 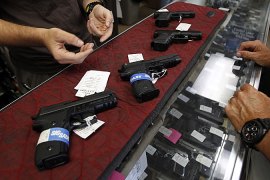 Hundreds of people rally in Florida for stricter gun control laws in the aftermath of a deadly school shooting. 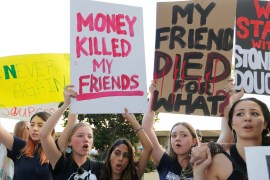