Now, she faces up to 35 years in a US prison for allegedly assisting in Jeffrey Epstein’s sexual abuse of minors.

She was denied bail and will remain in custody, following lengthy arguments in which prosecutors painted her as a flight risk.

The court also heard testimony from accusers. Prosecutors read a statement from one of them, saying that Maxwell “enjoyed drawing her victims in with perceived caring” and describing her “sociopathic manner”.

Maxwell has repeatedly denied any wrongdoing. Her lawyers have said she “vigorously denies the charges” and is “entitled to the presumption of innocence”.

In this real-time analysis, Gabriel Elizondo explains the case against Ghislaine Maxwell.

This video was produced and edited by Al Jazeera NewsFeed’s Katya Bohdan. 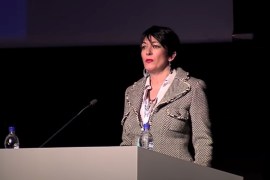 Maxwell has been held at the Metropolitan Detention Center, a jail in Brooklyn, New York since her arrest. 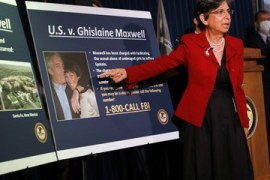