He was arrested after firing a gun in a casino, an incident during which his family believes he was having a psychotic episode.

Some guards in the county jail suspected the 196cm (6.5-foot), 136kg (299-pound) man’s joyous, mostly incoherent, rambling, were signs of mental illness, prompting authorities to move him to a special unit. He was later diagnosed with a bipolar disorder.

In the days that followed, Thomas continued to exhibit signs of mental distress. He flooded his cell, prompting his transfer to a new unit.

In what prosecutors described as punishment for flooding the first cell, a jail lieutenant, Kashka Meadors, told a correctional officer, James Ramsey-Guy, to turn off the water supply Thomas’s new cell.

The water was never turned back on, and Thomas was not given any drinks with his food. He was found dead in his cell on April 24.

Meadors pleaded no contest last year to a felony charge of prisoner abuse and was sentenced to 60 days in prison, according to The Milwaukee Journal-Sentinel.

Ramsey-Guy was sentenced in March to 30 days in prison on a charge of abusing a resident of a penal facility.

In May 2017, a jury recommended that prosecutors charge seven jail employees with felony abuse. Four of the employees have not been charged.

But Terrill Thomas’ case was not an isolated incident. Lawsuits filed against the Milwaukee County Sheriff’s Office allege that since 2008, at least 17 people have died while in the Sheriff’s custody.

This investigation looks into the deaths inside the county jail and what could have led to them.

This film was produced by Joel Van Haren, Dan Boville and Isiah Holmes and directed by Dan Boville. 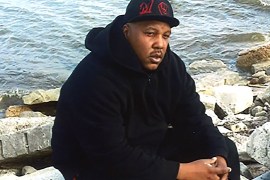 The Chase Key: How a Black man died of dehydration in a US jail

The 2016 death of Terrill Thomas in Milwaukee exposes how inmates with mental illnesses fail to get adequate care. 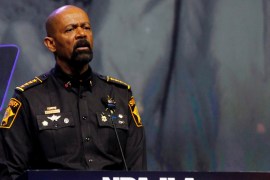 US: Who is Sheriff David Clarke?