Amboseli National Park is the stronghold of East Africa’s elephant population. More than 1,600 roam these lands, according to Amboseli Trust for Elephants.

Kenya’s total elephant population is now at 34,800, having more than doubled in the last 30 years, according to the Kenya Wildlife Service (KWS).

But the country’s human population has also seen a great increase, exacerbating the human-wildlife conflict.

Ninety people in Kenya have been killed by wild animals in 2020 so far, KWS says. At least six were killed and three others injured by elephants specifically at Amboseli National Park.

In retaliation, seven elephants around Amboseli were killed by the local community this year.

“Mainly the causes which attribute to this human-elephant conflict is, one is the space, the other diminishing space, whereby we have human and wildlife competing for the same space which is shrinking and in time leads to conflict,” Daniel Kipkosgei, a Kenya Wildlife Services warden, explains. “Another major cause is the change of land use. We’ve seen people now turning space which was there, into farming, which is not compatible with wildlife.”

Communities living next to protected areas sometimes lose half their crop to wildlife and often become dependent on food aid, according to the World Wildlife Fund.

The nomadic pastoral communities who live side-by-side with wildlife lose at least one animal every week to predatory wildlife.

“Elephants are iconic species, very well regarded around the world, and indeed they drive a lot of the tourism that comes to Africa,” says Dr Winnie Kiiru of the Elephant Protection Initiative. “And yet again, human-elephant conflict is an important issue across Africa that seriously impacts communities today. The Elephant Protection Initiative is now looking at these complexities and looking for ways to work together with communities, with governments, with partners to solve these problems by using innovative ways, bringing everybody to the table so that human-elephant conflict can be resolved and people and elephants can coexist together into the future.”

This video was edited by Al Jazeera Newsfeed’s Katya Bohdan. 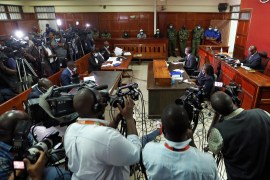 The 2013 assault on a Nairobi shopping mall resulted in death of at least 67 people. 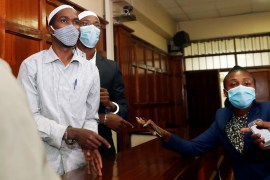 The men were found guilty of supporting the gunmen behind Nairobi mall attack that killed 67 people. 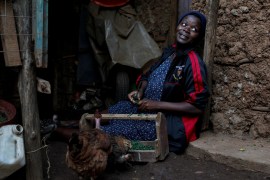 In Pictures: Schools shut and pregnancies rise in COVID-hit Kenya

With Kenyan schools closed due to the coronavirus pandemic, the rate of adolescent pregnancies is on the rise.