French authorities say the man suspected of the deadly knife attack inside Nice’s Notre Dame Basilica is a 21-year-old Tunisian who arrived in Europe a few weeks ago.

He was shot by police and is in custody in hospital. Three people were killed in the attack, one of the victims was the church’s warden.

World leaders and prominent Christian figures have expressed their solidarity with France.

Pope Francis prayed for the victims and called for an end to all “terrorist violence”.

EU leaders pledged to confront “those that seek to incite and spread hatred”.

The spokesman of Turkey’s president condemned the killings as a “heinous terrorist attack” and offered condolences to the French people.

Iran also condemned the knife attack, adding that the “cycle of provocations and violence” must stop.

In a second incident on Thursday, French police say they shot dead a man in the city of Avignon after he threatened passersby with a gun.

French authorities later said he had links to the far right. 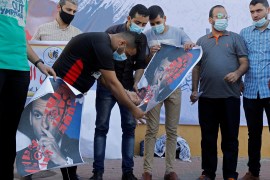 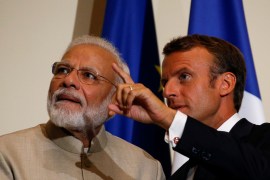