A veteran of the 1998-2000 Ethiopia-Eritrea war, Muruts spent years defending the territory he lives in from being usurped. But now, after new political reforms under Prime Minister Abiy Ahmed, part of his Irob community may be at risk.

“I live near the border of Ethiopia and Eritrea, in an area which has been promised to Eritrea,” he says.

Although the war officially ended with the signing of a peace deal more than 18 years ago, countless disagreements and scrimmages over the disputed territories have continued.

Since coming to power in April 2018, Abiy has promised unprecedented reforms. Part of this involves agreeing to relinquish some borderland to Eritrea – including sections of Irob land where Muruts and his community reside.

Many Ethiopians welcomed Abiy’s gesture as a way of allowing Ethiopia to move forward. However, others see the move as a betrayal of their contributions to the country, as well as a threat to Irob language, culture and identity.

“Since Prime Minister Abiy came to power, for the Irob, there has been no peace,” Muruts says. “The politics are a mess and we are affected.”

At least 80,000 people were killed during the Ethiopia-Eritrea war.

Pointing to the mountains near the border, Muruts says: “That mountain you see is a graveyard, full of people from different nations and ethnicities who died and were buried there.”

“If the land is going to be given away, what were all those people sacrificed for?” he asks.

Muruts’ Irob community is a minority ethnic group of about 30,000 people. Already small in number, a redefined border would mean that some of their tiny population would be split between two countries.

Muruts is desperate for his community to stay together, and worries the planned division will threaten his business as well as the survival of his people.

“We Irob are like brothers with one church, one house,” he says. “Dividing us in two will hurt the Irob nation.”

More episodes from
My Ethiopia 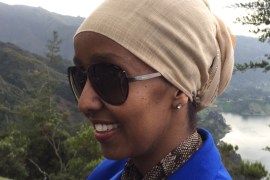 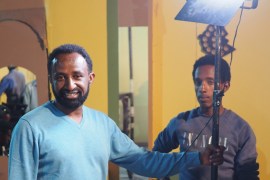 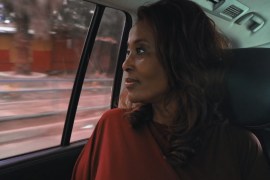 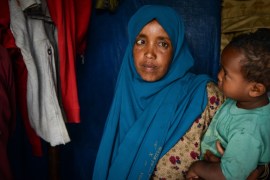 In Ethiopia, a forgotten refugee in her own land

Displaced from home, Amina Yuya and her neighbours feel abandoned by the Abiy government that promised to support them.

Meet Ethiopia’s first female chief justice as she takes on the challenges of transforming the country’s judicial system.