Ethiopia’s year-long conflict in the north is threatening to descend into a widening civil war.

Prime Minister Abiy Ahmed announced this week he will lead the battle against Tigrayan forces from the front lines, encouraging volunteers to also join the fight.

International and regional leaders are calling for a ceasefire to allow a political solution.

But even with thousands of people killed by the conflict, both sides are beating the drums of war.

What would an all-out conflict mean for the future of Africa’s second most populous country?

Gebrekirstos Gebreselassie – researcher and manages tghat.com, a website documenting the war in Tigray 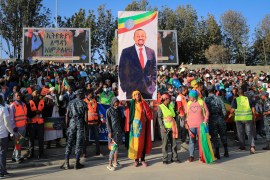 Ethiopia’s PM has gone to the battlefront: State-affiliated media

Abiy Ahmed on Tuesday promised to lead ‘from the battlefront’ after Tigray rebels threatened to march on Addis Ababa. 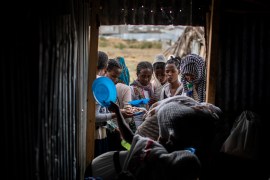 There is need for a truly independent probe into Ethiopia abuses

The joint OHCHR/EHRC investigation into alleged atrocities in Tigray failed to establish a path towards accountability. 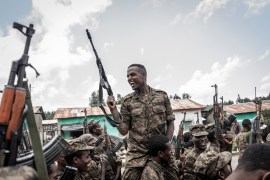 To achieve peace, both sides in Ethiopia’s conflict will need to accept some difficult truths.