With the latest breakthroughs in artificial intelligence, a whole new concept of food may soon radically change what we eat. And at the same time, some experts believe it could reduce global warming.

No longer based on animal ingredients, this is a food entirely based on plants – although it looks and tastes like the classic food.

This is not a new idea. It has been around for about 10 years.

But the breakthrough has been delayed. Perhaps one of the reasons is that many consumers still prefer locally produced food. They want to trust the supply chain, and not simply depend on big manufacturers.

However, a group of young scientists in Chile are working on alternatives for a sustainable and meatless future.

Commercial engineer Matias Muchnick and Harvard research associate Karim Pichara are two of the founders of the Not Company (NotCo). Together with biochemist Isidora Silva, they are developing new plant-based food and are determined to bring it to people in their local market.

Part of what motivates them is what they consider to be the biggest drawback of classic animal farming: It requires massive amounts of land and it affects global warming.

According to the United Nations Food and Agriculture Organization, livestock contributes both directly and indirectly to climate change through the emissions of greenhouse gases such as carbon dioxide, methane and nitrous oxide.

Livestock is also a major driver of deforestation and desertification, as well as the release of carbon from cultivated soils. Overall the livestock sector is contributing 2.7 billion tonnes of CO2 emission, according to the UN.

If we were to start from scratch, and we want to figure out the most efficient way to deliver nutrition to the 7.1 billion people on this planet, the answer wouldn't be animals. Science would tell you to do something different.

“When you get behind the scenes of the food industry, you don’t like what you see. There is a lot of things that we should be knowing … but we are blindsided by a whole industry that is making it really hard for us to see what we are really eating,” says Matias Muchnick.

The main scientist of the Not Company team is a computer, an artificial intelligence algorithm programmed to become the smartest food scientist in the world. They call it Guiseppe.

It uses deep learning parameters to understand food at a molecular level, helping the team to deliver tasty and affordable nutrition while using less water, less land, less energy, and without the need to cultivate harmful bio systems like animals.

It’s a complicated process but it’s designed to understand human perception of taste and texture which allows it to suggest clever recipes for sustainable and tasty plant-based foods. And it even understands the availability and use of resources for every single plant in the company’s database.

“We want people to eat better, but without even knowing. That’s the main objective of the Not Company,” Muchnick says.

He believes that in about 30 years from now, “at least 50 percent of the world will be eating plant-based products. It’s a win-win situation. We’ll have a better world, we’ll improve climate change. Climate change will determine our lives in 30 years from now if we keep doing the same things that we’re doing now. And that involves the production and breeding of livestock. The answer is just there: it’s plants. And I really think the world will change.”

But does the new model of food production really work? Will it be popular among consumers? What does it mean for the future of food? Are we at the tipping point of a food revolution?

The team behind the Not Company talks to Al Jazeera to discuss their work, their goals and their vision for the future of the food industry.

This episode of Talk to Al Jazeera first aired in February 2016. 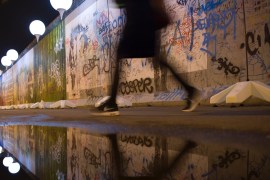 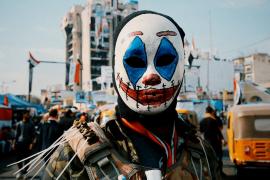 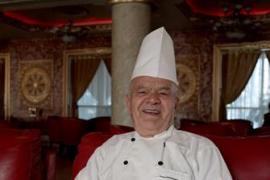 What food means to me

Ten personal stories from around the world about cooking, eating and refusing food. 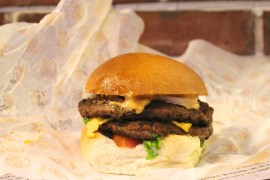 The rise of Pakistan’s ‘burger’ generation

How a homegrown burger joint pioneered a food revolution and decades later gave a young, politicised class its identity.