Cheap and versatile, plastic is used for everything. The problem is, it’s also indestructible. As a result, it piles up in landfills where it leeches toxic chemicals into soil and groundwater, or ends up in the ocean affecting wildlife and getting into food chains.

Approximately 268,000 tonnes of plastic float in our oceans – that’s five trillion individual pieces. If nothing changes, it is estimated that by 2050 there will be more plastic by weight than fish in our oceans.

earthrise travels to Canada to meet people dedicated to clear plastic waste from our oceans, and to France where a movement is afoot to get rid the country of oil-based plastic.

Turning the tide on plastic in Canada

Canadian organisation Ocean Legacy is not only collecting and recycling plastic waste from the coastline of British Columbia but also fostering creativity and creation.

Since the organisation’s start in its plastic-reduction endeavours, the team has collected over five tonnes of plastic from beaches around the country. The problems with plastic pollution, however, are not only surface-deep.

Aside from the unsightliness of waste on beaches around the region, ocean wildlife is also quietly, yet majorly, suffering.

“When plastic reaches our oceans, it tends to act as little sponges so any chemicals that are in the water, it will begin to absorb these chemicals in the plastic pieces and this is very toxic and very dangerous for marine life,” says Chloe Dubois, one of Ocean Legacy’s founders. “Every day, we’re finding the new animal or whale that’s been washed ashore with stomachs full of plastic.”

Land animals are also at risk, with wildlife mistaking fishy-smelling plastic waste that has washed on shore to be its food source.

Ocean Legacy goes a step further with their clean-up operations, taking the pollution issue full circle by engaging companies in the recycling process, allowing them to breathe new life into gathered plastics.

With high-profile names, such as artist and author Douglas Coupland lending their support to the plastic pollution movement, the future promises many possibilities for making an environmental difference.

Across the Atlantic, a plastic-waste movement is also stirring in France, as a ban on single-use plastic comes into force by 2020. France’s plastic pollution problem is significant, with only 25 percent of all plastic recycled and the rest ending up in landfills or illegally dumped.

With between one to five billion plastic bags floating around France, the country has been trying to make environmentally sound decisions to cut down on its waste for a number of years now.

Enterprising scientists are also working on ways to fill the plastic bag gap in the market by producing “bio-plastics” made out of materials including seaweed and sugar cane.

Algopack is a startup creating plastic from seaweed. Since its start in 2010, the company sells 40 tonnes of 100-percent bioplastic made from hundreds of tonnes of seaweed each year.

“The great advantage of seaweed is that it is renewable and it’s unlimited – we don’t need to harvest seaweed on the field and it’s fully biodegradable. It goes back to the sea,” says Algopack’s president, David Coti.

As the plastics ban looms, commercially competitive products are currently being experimented with, and Algopack, among others in this relatively new sustainable “plastics” industry, is trying to keep costs down in order to retain brand loyalty.

One thing is for certain, while France’s ban is a bold political decision in the right direction, it will take much more of the same to turn the tide on plastic waste before it is too late for our planet. 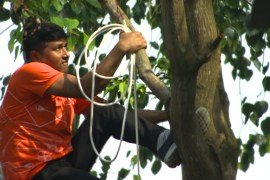 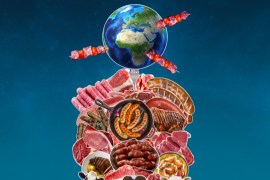 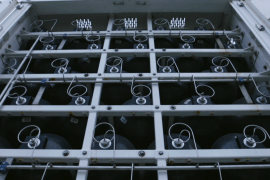 In Milan, earthrise meets the engineers who created a special kind of cement that cleans the air. 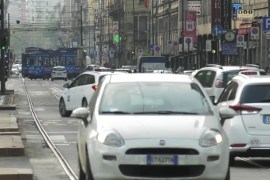 We join Greenpeace on their Antarctica expedition as they fight for the creation of the world’s largest protected area. 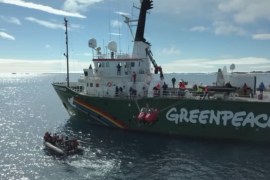