How much would the world save if people ate less meat?

A recent report from the Oxford Martin Programme on the future of food estimates that changes in diets could save up to $1,000bn per year on healthcare. If the world went vegan, it could save eight million lives by 2050 and trillions of dollars.

It’s easy to say “we are what we eat”, but is what’s healthy for us healthy for the environment too? Are production methods cost-effective or potentially counter-productive in the long term?

On this special edition of Counting the Cost, we take a look at the economics of food consumption, food security and the future of food.

Dr Marco Springmann, from Oxford University, discusses the future of food, food security, and how changes in food consumption and eating habits could help the environment.

Kenya’s water crisis: In Kenya, around 17 million people have no access to safe drinking water, but a vast underground reservoir in one of the country’s driest areas is supposed to be a game changer. We look at the state of the water crisis in Kenya three years after the discovery of the reservoir and ask if anything has changed for Kenyans.

Desert food: Almost 90 percent of food in Qatar is imported, but there are also some green shoots growing in the desert. Kamahl Santamaria talks to the CEO of Hassad Food, a Doha-based company growing food in Qatar and around the world. We talk about food security, what can and can’t be grown in the desert, and what the aspirations are for this part of the world to have some sort of food security.

Martian potatoes: We find out why NASA is working with the International Potato Centre in Peru to discover how to grow the vegetable on Mars. 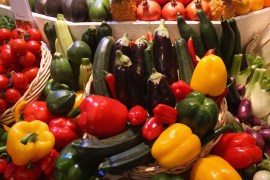 Beyond meat: The end of food as we know it?

We travel to Chile to meet a group of young scientists determined to develop smart plant-based food to save the planet. 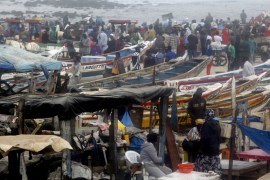 New lessons in food safety and security from the food stalls of Africa’s ‘wet’ markets. 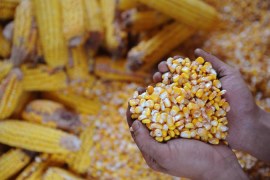 Using solar power to desalinate water and become food secure has sceptics asking if the plan will ever come to fruition.