In this special edition of Counting the Cost, we are looking at stories we expect to dominate the world of business in 2016.

The jury is still out on whether the world is heading for steady growth or if we could slip back into recession.

In the US, unemployment is down and consumer confidence is growing, so we should expect Janet Yellen at the Federal Reserve to continue efforts to nudge interest rates higher, as the country continues its recovery from the financial crisis.

In Europe and Japan though, European Central Bank President, Mario Draghi, and Bank of Japan Governor, Haruhiko Kuroda, will be looking for ways to stimulate growth.

And of course, the elephant in the room is China. Will we see a continued slowdown or, even worse, a hard landing? The IMF says Chinese growth will slow to 6.3 percent, down from 6.8 percent this year, but others are more pessimistic. This story matters because China is the customer of last resort for so many of the world’s commodities – everything from oil to iron ore. Any effect will be felt disproportionately in the emerging markets.

Russia and Brazil are already in recession and a further slowdown in China could hit the less developed world hard. And that plays into one of the big themes of 2016 – how low can oil prices go, and what does it mean for the producing countries?

We saw in early December that OPEC was unable to agree on output cuts to push up prices. And anectdotal evidence suggests sovereign wealth funds have been selling assets to meet the shortfalls. While certain countries of course benefit from low oil prices, India for one is expected to see lower inflation, helped by the lower cost of fuel imports. But almost everyone benefits from increased trade, and this year should see big changes.

Two events could give global business a boost, at least according to their supporters. In April, the expansion of the Panama Canal is scheduled for completion, allowing ships more than two-and-a-half times the size of the current maximum to cross from the Atlantic to the Pacific, or vice versa.

And more controversially, this year could see the ratification of the Trans-Pacific Partnership (TPP) trade agreement between 12 countries. Those countries account for 40 percent of world trade but opponents say the TPP will make it easier for companies to move jobs overseas.

In Europe, the Greek financial crisis could rear its head again if Prime Minister Alexis Tsipras can’t win approval for the spending cuts, tax hikes, labour-market reforms, and privatisations that creditors have demanded.

And British Prime Minister David Cameron will spend most of the year trying to persuade the country that its future lies in the European Union. A referendum could come in October.

And finally of course, it’s election year in the US and whoever sits in the Oval Office will be making decisions that change all of our lives.

Counting the Cost assembled an expert pannel to preview and analyse the year 2016: Professor Steve Tsang, the head of the Contemporary Chinese Studies School at Nottingham University; Razia Khan, a chief economist for Africa Global Research at Standard Chartered Bank; and Marc Pierini, a visiting scholar at Carnegie Europe and former EU ambassador to Turkey. 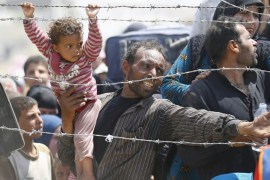 2015: The events that shaped a turbulent economic year

In this special edition of Counting the Cost, we look back at the most important business stories of the year.