The Pink Lake in Senegal attracts tourists and is a vital local resource, but there are certain environmental issues that could threaten its existence.

Lake Retba, or Lac Rose, near the capital, Dakar, is the only pink lake in Africa. It is a top tourist attraction and the salt dug from its bed also underpins the local economy on which thousands of people in Senegal and West Africa depend.

But it is also right next to the Atlantic Ocean and a strip of constantly moving dunes – so blowing sand can cause siltation and disturb the lake’s ecosystem. Seashell mining also used to disrupt the flow of underground water to the lake and local rainfall has fallen due to climate change.

Some local experts are worried that the lake’s salt may be being overexploited. Although action has been taken to protect it – the government has banned seashell mining and the lake is now given an annual biological rest – there is still a risk that if the environmental situation were to deteriorate, the effects could be quite serious. Continued, unregulated urbanisation of the area, for example, could expose the lake to the nearby sand dunes and prevent rainfall from reaching its waters.

Such ecological changes would affect many people’s lives. Some scientists also believe the lake’s value is not only in its salt – its unusual ecology, they say, might provide valuable insights into the science of climate change.

The Pink Lake has been on UNESCO’s tentative heritage list since 2005, but this has still not materialised. However, if environmental protection is not maintained, significant harm could be done to the lake. 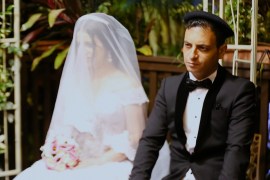 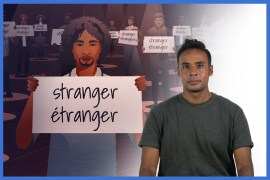 West Africa: Voice of One’s Own

“There’s so much to be told about the stories here that you can only hear, I think, if you are also a minority.”

Fault Lines reports from Honduras on how climate change is upending lives and increasing migration. 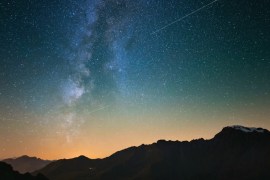 Moroccan nomads meet a geologist and a rare stone dealer as they search for meteorites, elusive extra-terrestrial rocks.