The Samaritans are a tiny ethnic-religious community dating back almost 3,000 years – and they are a population in crisis. But perhaps not for long. Marriage agencies in Ukraine have arranged for more than a dozen women to marry into the Samaritan community in Palestine.

Many Samaritans live in a mountain village near Nablus in the occupied West Bank and face a worrying numbers problem. There are only 800 surviving Samaritans, where once they were counted in their thousands. Men outnumber women by three to one. Their custom is that a young Samaritan man can only marry a woman from within the community if he has a sister who he can offer as a bride in return.

Faced with a fight for survival, a Samaritan religious leader changed the rules to allow Samaritan men to marry women from abroad. While some traditional Samaritans initially resisted the arrival of several Ukrainian brides into this close-knit community, the women are adapting to their new surroundings and providing a population lifeline to this small community. 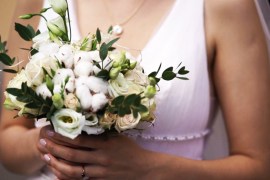 Some risk sham marriages to obtain European residency for a partner – but the practice can have shattering consequences. 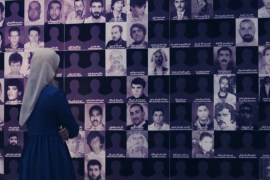 Palestinian women whose lives go on hold when they commit to men serving long prison sentences in Israeli jails. 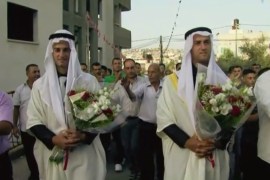 An insight into Palestinian weddings, uniting faiths and communities, and upholding traditions as a form of resistance. 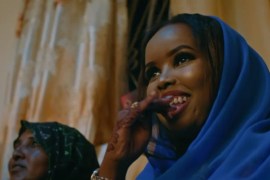 Marriage proposals, dresses, feasts and dances – the story of two weddings in Somalia, with traditions old and new.