In recent years, hundreds of thousands of refugees have fled conflict, poverty and human rights abuses at home, arriving on the shores of the Mediterranean and Western Europe. Despite the difficulties they face, many have built successful new lives.

Now in Italy, Olumide Bobola fled Nigeria over fears for his safety in 2016. He crossed the Sahara, surviving for three days on nothing but glucose drops, and after a perilous Mediterranean Sea crossing, arrived in Sicily. Today he is a singer in Rome, performing a repertoire of Italian songs. He was “adopted” by established traditional Italian musician, Stefano Saletti, and the two now share musical influences and the same creative musical journey.

“I call Italy my house,” says Bobola, “but Nigeria is my home.”

Nosakhare Ekhator, also from Nigeria, fell into the hands of people traffickers in Libya where he was held in a room with 120 others. One in five of those detainees perished. Now also in Rome, the young clothing designer has learned Italian and staged his first fashion show in the shadow of the famous Colosseum.

In the Netherlands, singer Samira Dainan was born in Amsterdam to a Moroccan father and a Dutch mother. After her father’s sudden death, she chose to take his remains back to Morocco for a large family funeral. She now believes that sharing grief in her home country gave her the support she needed to carry on living in the Netherlands.

Journalist Linda Bilal grew up in Aleppo, Syria where she reported extensively on the Syrian conflict. She arrived in the Netherlands in 2015 and now writes for news outlets and is a regular Amnesty International magazine columnist.

The challenge for each of them has been how to integrate into a new home, while at the same time staying in touch with their roots, culture and religion. 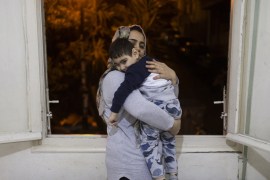 Are EU countries using COVID-19 to clamp down on refugees?

Italy and Greece accused of being more hostile to migrants during the pandemic. 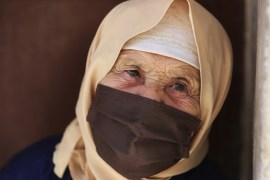 How are displaced people coping with coronavirus?