As long as there is war, poverty and insecurity in Africa and the Middle East, migrants and refugees will try and seek a better life in Europe. For many years now, Italy has been one of the principal destinations for many and that has included the dangerous sea crossing over the Mediterranean.

Egyptian refugee Mostafa Hassan was lucky to arrive in Rome at all in 2015, as one of only 27 survivors of the biggest Mediterranean disasters since World War II. He recalls one frightful day on an overloaded boat, its sinking and subsequent drowning – a regular occurrence in the Mediterranean in recent years.

“At night, we all went to sleep. When I woke up in the morning the boat was unstable. Everyone was scared. Then it started to lean to one side. There were a lot of us and it was overloaded,” he says.

The boat sank. I swam until help arrived. They rescued survivors but the dead remained in the water. I don't know what happened to them.

“People started to fall into the water. I saw bodies floating on the water before I jumped in … I pushed the bodies away so I could swim. The boat sank. I swam until help arrived. They rescued survivors but the dead remained in the water. I don’t know what happened to them.”

According to UN figures, immigration to Europe is falling year-on-year. But by the first week of April 2019, there had still been 12,350 arrivals into Europe by sea, with 289 fatalities.

One in six refugees arriving in Italy is now aged under 18. Under-aged migrants – or minors – like Mostafa who was 17 at the time, are taken to reception centres where they’re looked after by people like Eraldo Andi.

“I don’t just feel responsible for them at the centre. I usually help them after they leave. So I study teenage immigration. I contact experts in minors’ issues hoping to know more about the dangers and problems they face and the best solutions,” says Andi, who’s become a guardian angel for refugees.

Unfortunately, state support ends when these young people turn 18 and are left to fend for themselves on the street.

“When I turned 18, I only had my bag and didn’t know where to go. I didn’t have a job, home, money or anything. I took my papers from the centre, packed my clothes and called a friend,” says Mostafa.

Only 10 percent of young people like Mostafa eventually settle legally in Italy. The authorities lose track of the rest, as they move on to northern Europe or disappear into the margins of society where a world of illegal activity can await them.

“The big problem is that the economic situation here is constantly deteriorating,” says Andi. “Unemployment is high and many Italian families live in poverty. If Italians don’t have jobs, foreigners won’t either.”

In addition to the financial, language, housing and social challenges migrants face, they also struggle with isolation which can lead to psychological distress.

“I think their poor social status causes them psychological problems,” explains psychotherapist Carmela Palazzo. “Instead of being happy to turn 18 they get desperate because they know they’ll end up on the streets.”

That can result in a mental breakdown, such as the one Mostafa witnessed with his twin brother Mahmoud.

“He used to think a lot, not sleep enough and this made him unstable. I’d talk to him about something but he’d talk about something else,” says Mostafa. “He’d get nervous and scream. He was in hospital for six months. He still has treatment but has left hospital now. The Italian government will pay for his treatment until he’s 21. They always follow up with him.”

Despite his hardships, he remains hopeful about the future, “I wish I could work, make some money and buy a house in Egypt for me and my brother. I want him to get married and secure his future. I want to build my future as well.” 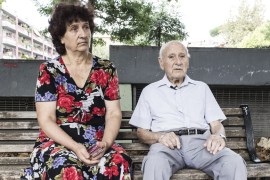 Romanians care for the elderly in Italy but long hours, loneliness and mistreatment lead to mental health problems. 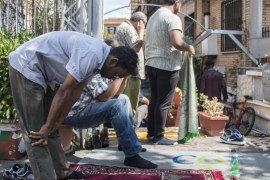 Interior Minister Matteo Salvini has threatened to shut mosques and said Islam is ‘incompatible with the constitution’.