Soon after the September 11 attacks on the World Trade Center and the Pentagon in 2001, the largest Muslim charity in the United States – the Holy Land Foundation – was shut down, its assets frozen and five of its senior staff arrested by the FBI.

The charity was founded in California in 1989 and provided aid to a number of Palestinian causes. It also offered help to refugee communities in Jordan, Lebanon and other needy people across the Middle East and the rest of the world.

Imagine if you were a juror in Texas and your president - from Texas - has already told you that this is a terrorist group and that they are training kids to come and kill you. What kind of impact would that have? Yes, it had an impact.

As the charity grew and revenue increased, claims emerged against the foundation.

The 1990s saw groups like the Anti-Defamation League and politicians such as the former Governor of New York City, Eliot Spitzer, and former Congressman Anthony Wiener lobby against the charity.

These groups appealed to the Clinton administration to shut down the charity, but failed. The US government eventually responded to similar accusations, allegedly made by the state of Israel.

The claims made were that the charity was a front for an illegal money-laundering operation, diverting funds to Hamas via zakat committees in the Occupied West Bank. Hamas, in turn, had been designated “a terrorist organisation” by the US government.

“It was a huge record that the government created, an administrative record – and it was basically garbage. It was newspaper articles, interviews that were translated from Arabic to Hebrew to English,” says Nancy Hollander, one of the lawyers defending Shukri Abu Baker, a founder of the foundation.

“And we discovered when we did our own translations that their translations were completely wrong, that the government was relying on information that was completely false. But it didn’t matter.”

The five foundation founders were charged with providing “material support” to Hamas. During the first trial in 2007, their defence team struggled to deal effectively with two secret expert witnesses called by the prosecution whose “evidence” was not shared in advance. Nonetheless, the jury failed to agree on the charges brought against them and the judge declared a mistrial.

“More than 8,000 documents and the United States government didn’t have a single American document that condemns the Holy Land Foundation. They might have had circumstantial evidence or doubts, but the only evidence was Israeli. And these documents were forged,” says journalist Osama Abu Irshaid.

The former US Consul General in Jerusalem also points out that the US Agency for International Development  funded the same zakat committees named in the indictment of the foundation and continued to do so for three years after the charity was shut down.

The Holy Land Five is a two-part documentary looking at the controversial trial of the Holy Land Foundation leaders. The films use interviews with defence and prosecution lawyers, family members, phone calls with the men themselves in jail – and reconstruction of court proceedings, to examine the case against the five men.

Just as the Five were celebrating their apparent acquittal, the judge asked the prosecution if they would be prepared to bring a second case against the men. They were re-charged and faced a year-long battle against evidence which has since been criticised for being ‘untested, untestable, hearsay and prejudicial’. In the second trial a year later, the men were convicted of providing ‘material support’ to Hamas and in 2009, were sentenced to between 15 and 65 years in prison.

Nevertheless, the Five have lost all their subsequent appeals and their only remaining recourse would be a presidential pardon which has not so far been granted. 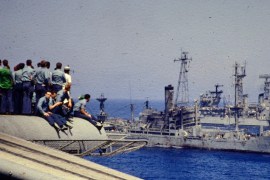 We follow the stories of some American Muslims caught up in the crackdown that followed the 9/11 attacks. 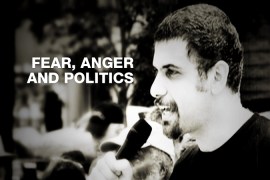