The al-Aqsa Mosque compound is in the Old City of Jerusalem, surrounded by a stone wall on all four sides.

It is recognisable by the famous golden roof of the Dome of the Rock at its centre. The compound also contains the grey-domed al-Qabali Mosque which is also widely known as the al-Aqsa Mosque. The whole compound is considered the third holiest site in Islam and is referred to by the Israelis as Temple Mount.

After World War I, Palestine was placed under interim British rule. Under the promises made in the Balfour Declaration, Britain was already committed to facilitate the founding of a homeland for the Jewish people in Palestine and began granting land to the Zionist movement to build settlements.

and the people of Jerusalem from entering the al-Aqsa Mosque unless they were a certain age. Sometimes they only allowed people over 40 to enter. Other times they had to be over 50, until it reached 60 in 2014. Imagine a Palestinian Muslim in Jerusalem or someone aged 48 cannot enter the al-Aqsa Mosque because they’re under 60.”]

In 1929, Palestinians demonstrated against these settlements at the al-Buraq Wall on the western side of the compound – now known as the Western Wall.

Palestinians had begun to realise what increased Zionist influence in the region would mean, and their protests led to the al-Buraq Revolution of 1929: “The first real revolution on Palestinian land,” according to the Palestinian researcher Ziad al-Hassan.

The site has been a centre of tension and attacks ever since. In 1969, an Australian evangelical Christian, Dennis Rohan, set fire to the al-Qabali Mosque. Many of the mosque’s most important features, including a pulpit dating back to the 12th century, were destroyed. Rohan was tried for arson but was found to be clinically insane.

On Black Monday, October 8, 1990, 20 Palestinians were killed, according to UN figures, in what’s known as the al-Aqsa Massacre.

Sixty-three people died in the Kotel Tunnel incident in September 1996, in protests over the opening of a new tunnel by the Israelis under the Western Wall.

The second Intifada in 2000, started at the al-Aqsa Mosque compound.

More recently, confrontations between Palestinians and Israeli forces in the compound, sparked in part by incursions by Israeli organisations, have led to wider clashes and an escalation in violence in both Israel and the occupied Palestinian territories.

This film traces the history of the al-Aqsa Mosque compound and its significance to both Muslims and Jews.

It looks at the division of Jerusalem after the founding of Israel in 1948; and the aftermath of the 1967 Six Day War when Israel occupied East Jerusalem and the whole of the West Bank.

It examines the treatment of Palestinians at the mosque compound and proposals by Israeli politicians to divide the site, despite the fact that the Israeli government repeatedly insists it does not want fundamental changes there.

The government is also now accused of funding groups which support major changes as to who can pray at the site. This has provoked more tension with security forces sometimes violently cracking down on Palestinian protesters and worshippers.

The film also looks at the Ibrahimi Mosque in Hebron – where Israel controls Palestinian access and has imposed access and prayer restrictions – and asks whether this is the shape of things to come at al-Aqsa. 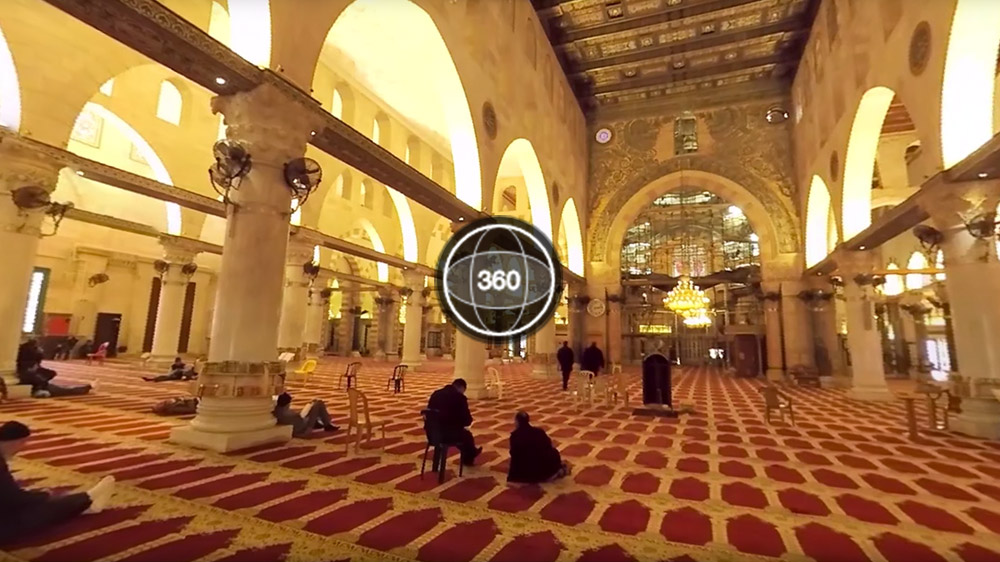 Tensions have simmered again around al-Aqsa since 2015 when clashes broke out between Palestinians and Israeli forces, partly sparked by incursions by Israeli organisations. These led to wider clashes in both Israel and the occupied Palestinian territories.

In June 28 2016, Palestinian protests erupted after visits by Jewish settler groups to the al-Aqsa Mosque during the holy month of Ramadan, contrary to tradition.

Then on 14 July 2017, two Israeli policemen were shot dead by three Palestinian gunmen near al-Aqsa compound. After a deadly shooting incident in which three palestinians and two Israeli officers are killed, Israel shuts down al-Aqsa Mosque compound and cancels Friday prayers for the first time since 1969.

Since the incident, Israel installed metal detectors and security cameras at entry points to the Muslim-administered al-Aqsa Mosque before reopening the site, but al-Aqsa officials reject the new measures and refuse to pray there.

Succumbing to pressure, Israel removes the metal detectors, but the CCTV cameras remain in place.

Clashes have broken out during protests over the measures, leaving five Palestinians dead and hundreds more injured. Three Israelis were also killed when a Palestinian entered a house in a West Bank settlement and stabbed them.

The spike in violence triggered international alarm and prompted the United Nations Security Council to convene a meeting to seek ways of calming the situation.

On 24 July 2017, the UN Middle East envoy said a solution was needed by Friday to the al-Aqsa crisis, which threatens to have “potential catastrophic costs well beyond the walls of the Old City”.

“It is extremely important that a solution to the current crisis be found by Friday,” Nickolay Mladenov told reporters after briefing the UN Security Council behind closed doors. “The dangers on the ground will escalate if we go through another cycle of Friday prayer without a resolution to this current crisis.”

The Middle East Quartet of Russia, the United States, the European Union and the UN in a statement encouraged Israel and Jordan to work together for de-escalation, noting the special role of Jordan as recognised in its peace treaty with Tel Aviv.

Jordan’s King Abdullah has discussed the crisis with Israeli PM Benjamin Netanyahu, stressing the need to remove the security measures. Meanwhile, Palestinian President Mahmoud Abbas announced that the Palestinian leadership would freeze all contact with Israel. 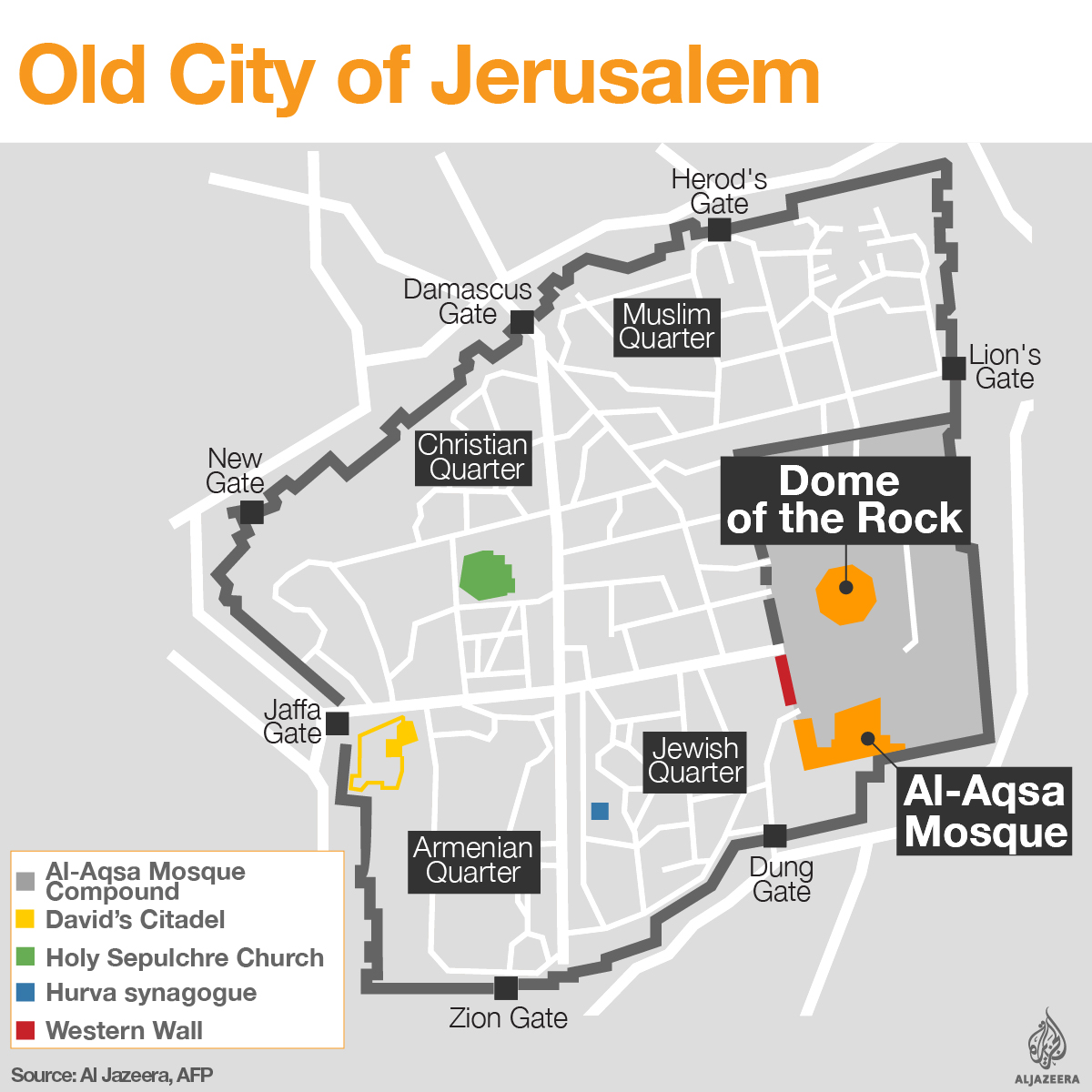