Often compared to Monty Python’s Flying Circus the comedy team from Sarajevo known as Top Lista Nadrealista or The Surrealist Hit Parade rose to prominence on the eve of the breakup of Yugoslavia. Nele, Zenit and Djuro became household names throughout the Balkans.

The wars that followed the splintering of the country pitted each of the diverse communities against one another. The bitter conflict exposed some nationalist loyalties among the comedians and led to the acrimonious break-up of Top Lista; the split reflecting the broader tribulations dividing their homeland.

Twenty years after the guns were silenced Al Jazeera correspondent Jacky Rowland finds out if the three main stars of Top Lista Nadrealista would consider reuniting and putting the bitterness of the past behind them.

Through her journey Jacky examines the scars left by the war and asks if comedy really has the power to heal.

This is a story I’ve wanted to tell for 16 years. I first mentioned the idea during an interview for the role of the BBC’s Belgrade correspondent back in 1998. I got the job – but never got to tell the story. Many years on, I pitched the story again – this time to Al Jazeera. It took three attempts before it was accepted.

I’m pleased it was, because the tale of Top Lista Nadrealista has everything – love, war, comedy, pathos. And the resulting documentary, Once upon a time in Sarajevo , is a true tragicomedy.

For me it all began with Zenit Djozic, a curly-haired clown I met in Sarajevo in January 1997. I had come to Bosnia not as a reporter but as a teacher at the BBC School of Broadcast Journalism. “There is a celebrity among the candidates for your course,” I was told. I selected eight students. Zenit was among them. At first, his presence in the classroom was slightly disruptive. The others were convinced that the whole thing was some kind of elaborate comedy stunt, and that a film crew would appear at any moment.

Most of the students were very young but Zenit was about my age and we became friends, despite the language barrier: Zenit’s English was weak and my knowledge of Bosnian/Croatian/Serbian, as we have to call it, was non-existent.

One night, Zenit got out some VHS recordings of the show he’d performed in back in the late 1980s and early 1990s. Top Lista Nadrealista – it rhymes in their language – or The Surrealist Hit Parade. What I was watching was absurd and Pythonesque, and much of it was lost on me. But there was an energy and magic to it that gripped me, particularly in those war-time episodes performed against a backdrop of live gunfire and explosions.

I later encountered another occasional performer in the show, Sejo Sexon. I hadn’t, however, met the key Bosnian Serb actor, Nele Karajlic, and it seemed unlikely that I ever would. He had gone to Belgrade and, according to my friends in Sarajevo, was making provocative comments about the war on Serbian TV. He was rapidly turning into some kind of villain in their eyes, but I was intrigued by him.

In early March 1997, I was instrumental in arranging a reunion between Zenit and Nele. I sent Zenit to do a story for the BBC school about an offer by Belgrade zoo to donate some animals to its counterpart in Sarajevo. Post-war zoo diplomacy, if you like. While in the Serbian capital, Zenit went to see Nele. It was their first meeting in five years.

Zenit returned to Sarajevo shaken up. He had seen Nele. But the meeting had not gone well and he didn’t say much more about it.

After leaving Sarajevo, I worked in Belgrade for more than two years, but still didn’t cross paths with Nele.

Fast-forward to 2014. I return to Sarajevo, this time with independent filmmakers from New York and a colleague from Al Jazeera Balkans.

The mission I have set myself is to engineer a three-way meeting between Zenit and Nele and another member of Top Lista Nadrealista, Branko “Djuro” Djuric, who now lives in Slovenia. More than that, I want them to perform some kind of comeback gig. And I want all of this to take place back where it started, in Sarajevo.

What follows is a Balkan odyssey and a real trip down memory lane for me. I love the Balkans and spent some of the most formative years of my journalistic career in Belgrade, Sarajevo and Kosovo. The intense friendships that form during times of conflict last a lifetime and in Sarajevo and Belgrade I rediscover old friends. We hug each other, we laugh together, we cry together.

But bringing the old friends Zenit, Nele and Djuro back together is an altogether more challenging objective. Do I succeed? Well, you’ll just have to watch the film to find out.

This is a film about friendship, humour, the passage of time and how we are all subject to external events over which we have no control. It is about how our lives take unpredictable paths; about how, 20 years later, we have difficulty even recognising our younger selves.

It is also about nostalgia, and the very special Yugo-nostalgia felt by many across the region. Although terrible sacrifices were made for the various republics to become independent countries, many older people still think wistfully back to Tito’s Yugoslavia as a kind of paradise lost. In my case, it is nostalgia by proxy. I never visited the Yugoslavia of the 1970s and 1980s – and I deeply regret never seeing that country – so the nostalgia I feel is for a Yugoslavia I never knew; the Yugoslavia that was dead long before I even arrived. 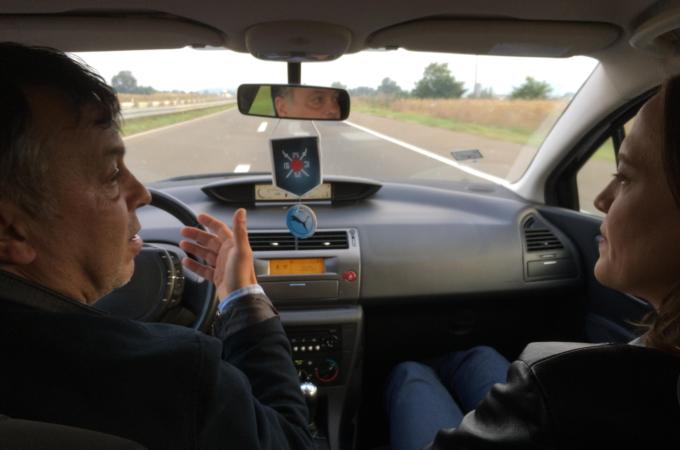