The film Angola: Birth of a Movement, which follows three activists in Luanda, is set to the sounds of what is often referred to as “conscientious” or “revolutionary” hip hop.

Luaty Beirao, one of the best known faces of the young activist movement and a prolific rapper says: “We didn’t start doing it to educate the masses, it was just a way of getting stuff off our chests.”

But what started as one of the only mediums for Angolans to voice their grievances against the government and president, has become an important tool for a growing activist movement with more political importance than the rappers had ever imagined.

Strolling through the heaving, dusty Congolenses taxi stop in Luanda and clutching a handful of homemade CDs, rapper Dioniso Casimiro explains: “This is one of the few ways left for us to distribute our music, especially when it’s critical of social and political issues.”

Weaving between the blue and white passenger vans known as “candongueiros”, he offers the drivers his latest work, “MixFakes”.

The album cover is ablaze with red, black and yellow (the colours of the Angolan flag and that of the ruling party, the MPLA) – stamped with a pair of entwined AK47s, and in thick, gold bar letters bears the word “Carbono”, which is his artistic name, and the one he is best known by.

Informal music production in Luanda operates in a fascinating alternative market; from kuduro to hip hop, young artists have found a way around costly, high-end commercial music production, and instead produce tracks in makeshift studios, record them onto blank CDs, print them themselves, and distribute the material through the city’s candongueiro network and market places.

Thousands of Luandans use the candongueiro taxis every day to travel around the city, listening to whatever might be playing. Many artists circulate their music on USB memory sticks as MP3s, and upload them for others to download and distribute. Few make any money out of the business but they enjoy a wide distribution all over the city.

However, recent events in Angola mean there are ever fewer spaces for subversive rappers like Carbono to be heard. Since the outbreak of youth-led protests in 2011, clearly influenced by hip hop, the ruling elite has withdrawn subsidies and sponsorship to make it harder for informal artists to hold live performances, and controversial songs are never played on mainstream media.

But despite the authorities’ attempts to limit the influence of revolutionary rap, its message has been spreading widely on the internet and through this informal market. Today underground artists meet to perform in the “University of Hip Hop”, a small space on the outskirts of the city, run by artist Harvey Keitel Madiba, and the videos are widely distributed on blogs and Youtube.

A similar scene also thrives in the city of Benguela, where artists such as Puppa Kanda and the Movimento de Rua group have been using music to deal with violence and incidences of injustice in Lobito province.

“As musicians that is how we’ve contributed – passing our message by hand, with recordings that are distributed among friends, family and taxi drivers, because neither TV or radio get this message out,” says the rap artist Miranda Panda who works with the NGO Omunga to bring music and the youth movement together.

For Mbanza Hamza, a student and activist who soon hopes to record his own rap songs, music has been used by the youth “to awaken people’s consciousness” – just as it was used by the generation before them.

“The Angolan revolution against the Portuguese was motivated through song. It wasn’t by phones or internet, it was through music … today we take samples from those songs and we’ve been reproducing them in a more modern way, but the foundation, the chorus, is theirs – because they are as relevant today to our need for change as they were then.”

Pedro Coquenao, born in Angola but based in Lisbon, is the curator of Batida, an autobiographical musical project which draws heavily on songs from Angola’s 60s and 70s soul heyday and collaborates with a variety of other artists including Luaty.

He says: “These melodies are fixed in the memories of my generation. Our parents listened to them – some with their minds, others with their hips. They are memories from our childhoods. We have to reinvent them, to reclaim them.”

Luaty recalls vividly the point at which he realised how important music had become: “On 7th March 2011 when they arrested me and took me to the station, a policeman sat next to me and recited the lyrics of one of my songs to me. This tiny thing has become so much bigger – without us even noticing it. Art has that power, it’s not just about political ideas – it’s something magical, and those youth, who have been out there on the streets until today, I guarantee you that most of them listen to conscientious hip hop.”

Interested in hearing the music that has inspired the young activists in Angola: Birth of a Movement – we have prepared a playlist here of some of the rappers from Luanda to Lobito, whose brand of conscientious hip hop has been credited with awakening the youth and bringing them to the streets over the past year:

By Activate
More episodes from
Activate 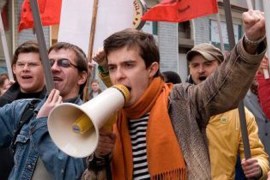 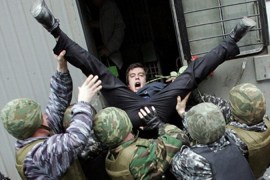 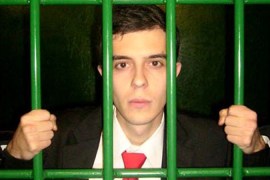 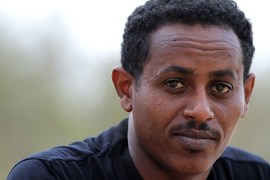