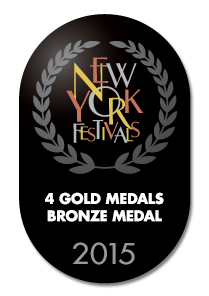 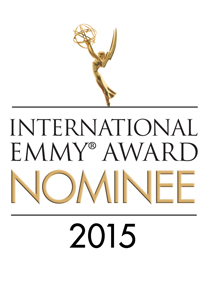 You do not need to look far to see how deeply embedded the gun culture is in the Philippines.

A woman’s handbag, a businessman’s briefcase, or a taxi driver’s glove compartment are just a few of the many places where you will find some of the close to four million guns in the country – both legal and illegal.

A spate of shootings – and particularly the death of seven-year-old Stephanie Ella from celebratory gunfire during New Year’s celebrations in 2013 – sparked outrage in a country where carrying a gun has become part of everyday life.

Jay Ella, Stephanie’s father, puts a human face to the gun violence that scars the streets of the Philippines – a nation where a handgun can be bought for sometimes as little as $50.

The recent shooting deaths of civilians prompted the government to introduce a tougher gun law in May 2013.

The government’s new get-tough gun law, is meant to make it more difficult for civilians to own firearms. Individuals seeking to buy them must pay more to register them, and now have to undergo more stringent drug and psychological tests. Those found in possession of illegal firearms will see their jail sentences double from a maximum of six to 12 years.

But a thriving black market in firearms offers a convenient alternative for those who do not meet the new regulations – with police among those who supply illegal weapons.

The majority of illegal guns are found in Manila. And it is in Tondo, the capital’s most dangerous slum, notorious for shootings, that we meet members of the infamous Temple Street Trece gang, who use guns daily to “protect” themselves and their turf.

In Stray Bullets , 101 East meets victims of gun violence, pro- and anti-gun lobbyists as well as dealers and gun-makers who both say they sell weapons to authorities – from police, to the military, to politicians.

Polls show widespread support for greater gun control policies, and President Benigno Aquino III, has pledged to rid the country of unlicensed guns. But Aquino has been criticised for being a self-proclaimed “gun enthusiast” who reportedly owns 18 guns.

101 East pursues Aquino, along with all vested players in the gun debate, to ask: Will the new law put an end to the gun violence plaguing the Philippines?

How can the Philippines clean its streets from illegal firearms? Share your thoughts with us @AJ101East #StrayBullets

When the title for this documentary was chosen, few of us at 101 East realised at the time how fitting it would prove to be.

The name for the film was initially based on the death of Stephanie Nicole Ella, a seven-year old girl killed by a stray bullet in the Philippines, while watching fireworks on the eve of 2013. The gunman, while yet to be caught, reportedly fired into the air to celebrate the New Year.

A public outcry over Stephanie’s death, in part, led the government to pass a new gun law in May 2013 – one, it promised would further restrict gun use, and prevent such incidents from happening.

power resides not with police or the law, but in those who hold firearms … Their heroes are people with guns … gang members, or criminals, and that only breeds more criminalisation.”]

Despite the new legislation, the 2014 New Year’s celebrations played out like a horrible repeat of the previous year. By dawn of January 1, 28 people had been wounded by celebratory gunfire; a three-month-old baby, along with a two-year-old eventually died from their injuries.

When it comes to firearms, the Philippines stands in contrast to most places in Asia. Gun ownership is either banned or highly restricted in many countries, like Japan or South Korea, but the Philippines has a relatively liberal policy towards people owning guns.

Even the new law – while levying higher fees for possessing firearms, and imposing further restrictions on transporting weapons in public – sets no limits on how many guns someone can own.

Benigno Aquino III, the country’s president, reportedly owns 18 handguns. Louie Oppus, the superintendent of the police firearms department tells us, he has 15 weapons, including rifles.

Legal ownership of guns is not the problem – when we visited Manila’s many shooting ranges, we saw responsible owners firing rounds in very controlled environments.

It is the roughly two million illegal and unregistered firearms that pro-gun groups say are committing 99.9 percent of all crimes and are creating what anti-violence groups warn are the “spin-off effects” of a culture that “glamorises” guns.

On the streets of Tondo, Manila’s most dangerous slum, many children run around firing toy guns.

Norman Cabrera of the anti-gun lobby says in places like these, where people are gunned down every day in real-life shootings, the young learn early on, that “power resides not with police or the law, but in those who hold firearms”.

“Their heroes are people with guns … gang members, or criminals, and that only breeds more criminalisation.”

Cabrera says the situation is worse in the country’s south, where politicians, businessmen and other powerbrokers stockpile weapons for use by their private armies. The armies are used to carrying out the wishes of their bosses; legal or otherwise. And again, it’s these people with guns, says Cabrera, who become the role models for the young.

This entrenched gun culture has created an environment where the murder rate in the Philippines per capita is three times that of the United States. It has become a country where the frequency of armed robberies has made it a norm for malls, hotels or other business establishments, to employ armed guards.

It cannot change overnight, it will take time, but we are trying our best. We have agreed, and have admitted there were faults and we are trying to correct them. We need the cooperation of the public, and together we can make the difference.

With the high rate of crime, he and other peace advocates have called on the government to enact a total ban on gun ownership, along with making the possession of illegal firearms a major crime punishable with a 20-year jail sentence.

The new law raised the maximum jail sentence for being found with illegal firearms from six to 12 years, but still allows arrested suspects to get out on bail. A 20-year sentence would prevent courts from granting bail.

But with the popularity that guns still hold in the Philippine culture, and with Aquino known to be against a total ban, such calls likely will not amount to much. The onus therefore lies heavily on police to make the streets safer.

But as we learned, the force is sometimes complicit in aiding the illegal trade in guns. In interviews with weapons dealers in Tondo, and gun makers in various parts of the Philippines, we heard how police often had a direct hand in buying or selling illicit arms.

Superintendent Oppus, while showing us the warehouse where authorities keep seized weapons, admits that in the past, firearms from here would disappear, and are believed to have been sold on the black market.

But in acknowledging the issues of corruption facing the force, the chief of the firearms division stresses police are trying to change. Within weeks of being installed in his post last September, Oppus says he fired “16 members” of his department.

He also says a concerted effort is being made to clean up “all departments” of the national police.

“It cannot change overnight, it will take time, but we are trying our best. We have agreed, and have admitted there were faults and we are trying to correct them. We need the cooperation of the public, and together we can make the difference.”

But whether change happens fast enough is another issue. In our time filming Stray Bullets , we met several families who had recently lost loved ones from gun violence. They told us police were often unwilling or unable to help.

We also met many armed criminals, who told us authorities have such little respect and influence in their neighbourhoods, that the new gun laws would not amount to much.

Despite this “get-tough-law”, no one in public we spoke to believed there would be any fewer firearms on the streets, nor did they believe there would be fewer gun-related killings anytime soon.

Has the country’s national police taken on the role of judge, jury and executioner? 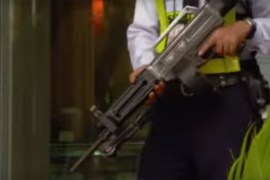 The Philippines: Getting away with murder

Why is the Philippines one of the world’s most dangerous countries for journalists? 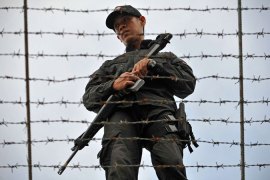 Tondo: The space in between

Historian Carlos Celdran explains how the Tondo slum came into existence as the rebel district of Manila. 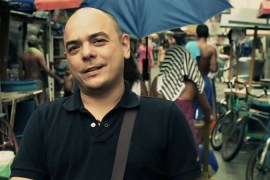