The United Kingdom government has cut international aid spending from 0.7 percent to 0.5 percent of national income – amounting to a reduction of between 4 billion pounds ($5.5bn) and 10 billion pounds ($13.7bn) a year.

Opposition parties have been swift to point out that this goes against the Conservative Party’s election manifesto promise to keep overseas aid at 0.7 percent, but Prime Minister Boris Johnson assured Parliament that the cut was necessary during the “economic hurricane” caused by the pandemic, and would only be temporary.

The move caused consternation among Conservative MPs as well, with 30 voting against it and former Prime Minister Theresa May stating: “We made a promise to the poorest people in the world. The government has broken that promise.”

This follows the UK government closing the Department for International Development (DFID) last year and merging its functions with the Foreign Office instead, reducing the voice of advocates for foreign spending around the Cabinet table.

But it is important to state here that, even with a lower 0.5 percent contribution rate, the UK still ranks joint third with France in the G7, and is in the top eight in the world, when it comes to relative aid spending.

Instead of asking why the UK is cutting overseas aid spending, we should ask why other rich countries are not contributing more.

The origin of the 0.7 percent level was a United Nations-endorsed agreement in 1970, which is regularly repledged by its signatories. A group of 24 wealthy countries, known as the Development Assistance Committee (DAC) as part of the Organisation for Economic Co-operation and Development (OECD), adopted that target as a long-term goal, with the exception of Switzerland and the United States.

Yet, decades later, the 2020 OECD report indicates that only six DAC countries reach the target, with an average contribution rate of just 0.41 percent. Similarly, in 2005, the 15 countries that were then members of the European Union agreed to reach the target by 2015, but in reality, only five ever did, including tiny Luxembourg. According to the latest data from the OECD, other relatively wealthy member states give far less – Austria gives less than 0.3 percent; Italy 0.2 percent; Canada and Japan 0.3 percent; and the US just 0.17 percent. That, surely, is the real failure.

Development aid works in favour of the giver as well as the receiver. It can, for example, help foster stability in regions that may, in turn, improve global security and trade. For example, a decade ago, Somali piracy caused havoc in the Arabian Sea, affecting close to 4,000 shipping staff and extracting ransoming costs of up to $385m between 2005 and 2012. The pirates also blocked or stole aid cargo destined for Somalia, fuelling poverty and desperation in their country and creating the ideal chaotic environment to recruit more pirates, a horrible cycle.

However, by 2013, pirate attacks were down by 90 percent. This has been achieved through improved defences of cargo ships and by countries and organisations such as the World Bank supporting the nascent institutions of the government of Somalia to fight “terrorist groups” in the rural parts of the country and piracy groups by the coast.

Aid programmes are also vital during natural disasters. For example, the tragic 2018 Sulawesi earthquake and tsunami in Indonesia killed 4,340 people and caused damage estimated at $900m. The world mobilised, with 25 countries pledging aid within a week, including $100m allocated to the local Red Crescent alone by the UK, alongside medical supplies, 15 ambulances, and a team of doctors.

Yet, despite its clear effect, it takes political capital to increase aid money. Despite the 0.7 percent development target pledge appearing in all main UK political parties’ manifestos in 2010, it still took former Prime Minister David Cameron five more years to enshrine it into law. This was partly because of the global financial crisis, forcing a financial austerity programme that meant government funds were tightened. With most Western countries’ economies once again hit by the current pandemic, it may be difficult for policymakers to convince their domestic audience of the need for more overseas spending.

Three issues make it harder for lawmakers to advocate for more foreign aid. The first is that the recipients of assistance do not directly vote for them, so there is no immediate political upside. Money that could help a local constituency project and win local votes is diverted to a different programme abroad.

The second challenge is that domestic populations often think their country donates more money than they do. Leading US think-tank, the Brookings Institution reported that polls consistently show that Americans believe one-quarter of the entire federal budget is dedicated to foreign aid. When asked how much it should be, they said 10 percent. The real figure was less than 1 percent, at $39.2bn for 2019. This dislocated perception does not help promote further aid spending.

The third challenge is the perception that the money that goes on overseas aid and development is wasted. International aid spending is closely monitored, with, in the UK, oversight from the Independent Commission on Aid, and aid is often channelled through trusted NGOs and the UN, rather than given directly to unreliable governments.

However, no system is perfect, and bad examples always command the most media attention. For example, when the British media made headlines over funding for women’s rights going to the Ethiopian girl band, Yegna, in 2017, it forced the then International Development Secretary Priti Patel to cut funding for that programme.

These are all incentives to limit aid spending, with politicians focusing on their domestic priorities to restart their own economies. In good times, voters may be more sympathetic and generous to foreign donations. But now, people may be expecting their domestic issues to be prioritised. The UK, for example, has promised to return aid spending to 0.7 percent but only when the fiscal situation allows.

This makes articulating the benefits of aid spending even more important at this juncture. An idealist may find it unsavoury to package aid as part of the quid pro quo of geopolitics, but a political realist knows the importance of maintaining domestic support for spending taxpayers’ money.

There may yet be more players around the corner willing to give more aid. Rapid economic development from the Far East has meant, according to World Bank figures, extreme poverty has fallen from 1.5 billion people in 2008 to about 700 million in 2015. This means that international development can be focused on a smaller pool of nations, and unlocks newly developed countries like China to contribute more to global aid efforts. China opened the China International Development Cooperation Agency, a sub-government department in 2018, suggesting an increased focus in this area.

COVID-19 – a disease that knows no borders – also provides a grim vehicle to articulate the necessity of international coordination, and aid spending last year has actually surged to an all-time high by OECD countries, at $161.2bn in 2020, up 3.5 percent in real terms from 2019, driven by interventions related to COVID-19. The COVAX scheme, a financing facility to promote equitable access to COVID-19 vaccines, has attracted $2bn in 2020, with 870 million vaccine doses pledged in the recent G7 summit. Whether support remains at this level after COVID-19 is managed is uncertain.

The climate change summit, COP 26, scheduled this year, also provides another platform to advocate for global aid as the world sharpens its focus on carbon emissions. The number of climate-related disasters has tripled in the last three decades, driven by climate change, with the UN estimating that adapting to climate change and coping with damages will cost developing countries $140bn to $300bn per year by 2030. That is an enormous amount of money and will require wealthier countries to back them.

There are complex geopolitical and domestic considerations determining the viability of vast aid funding. Only time will tell whether the recent economic turbulence will force wealthier countries to look after themselves closer to home or, given the combined threats of a pandemic and climate change transcending boundaries, galvanise further, long-term commitment to more development spending. 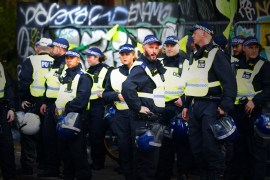 UK: Structures of power and systems of exclusion

Community activist Temi Mwale and political activist Athian Akec are on a mission to end youth violence in the UK. 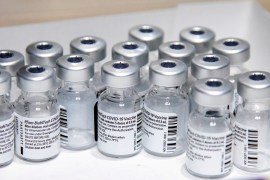 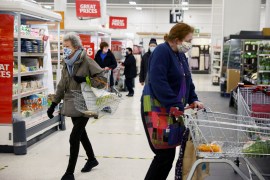 Supply chains are heavily disrupted with hundreds of thousands of workers in self-isolation as COVID cases surge. 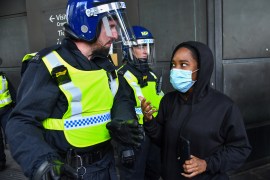 Can the UK stamp out racism in its policing?

Episodes of racial discrimination in interactions with public is major challenge for police forces.