On November 16, the case of Bilal Abdul Kareem came on for argument before the Court of Appeals in the District of Columbia. The claim made by the Trump administration – and accepted by the federal judge in September 2019 – was that the US government could assassinate Bilal with a Hellfire missile fired from a Predator drone. Because this was a matter of “national security”, neither Kareem nor the Supreme Court of the United States should have any say in the matter.

Reprieve, the organisation of lawyers fighting state-sponsored human rights abuses, and the pro bono DC firm of Lewis Baach Kaufmann Middlemiss originally brought the case on behalf of two people – Kareem and Al Jazeera journalist Ahmad Zaidan. Kareem was brought up in New York by a mother dedicated to civil rights and, after wandering the stand-up comedian circuit for a while, he found his faith in Islam, and decided to stand up for the rights of Muslims in Syria as a war journalist. Zaidan was already in the media business, as Al Jazeera’s Islamabad bureau chief, and he secured some scoops all the way up to Osama bin Laden. As a result of this, he was falsely labelled a member of al-Qaeda by the CIA, which we learned from documents leaked by Edward Snowden.

The federal judge dismissed Zaidan’s case in her original order in 2018 as he had returned from Pakistan to Doha, and was not deemed realistically to be in fear of death. But, originally, the judge ruled in favour of Kareem, finding that this Black American had plausibly shown that his own government was trying to murder him. It was not clear why Kareem merited execution – that was the CIA’s secret. Perhaps they had tracked his movements to his interviews and did not like him broadcasting the views of a broad range of people involved in the Syrian civil war.

One matter was clear: on five occasions he had narrowly avoided death. His office building had been hit twice, and the US owed him for two vehicles they had apparently blown up moments after he had got out of them. He found it hard to believe when the first strike came but, by the fifth, he was sure his own country wanted him dead. After all, at the time the US was the only country deploying weaponised drones in the region.

He set no limit to where those deemed to be terrorists might be targeted. We would, he writes in his latest book, A Promised Land, hunt down “terrorist suspects mostly inside – but sometimes outside – the war zones of Afghanistan and Iraq”.

And he did not actually limit this to terrorists: in 2009, inexorably, the kill list began to include drug dealers. Why not? We had a “War on Drugs” long before the “War on Terror”. President Rodrigo Duterte of the Philippines was allegedly responsible for 7,000 deaths of drug dealers in his first year in office and bragged that he had personally murdered a drug dealer. He deems the scourge of narcotics to be far more damaging to his society than terrorism.

It did not take long for the US Drug Enforcement Agency to argue that the Taliban was being funded by the Afghan heroin trade and this rapidly led to another euphemistic “kill list” (the “Joint Prioritized Effects List”, leaked by Edward Snowden), including drug dealers for elimination.

Imagine Donald Trump’s excitement when he inherited this power. Now, in the waning days of his presidency, the lawyers in his Department of Justice are taking the Obama doctrine to its logical extreme. All Kareem wanted was an assurance that his government would not try to kill him again, which might not sound like much of an ask. But it was a bridge too far for Trump’s lawyers when it came to the appeal in the District of Columbia. They announced that any fact related to who the president might wish to assassinate was top secret – and they demanded that the judge respect a bright line “national security privilege” that, they insisted, allowed them to do what they like, when they like, with no oversight from the courts or anyone else. Horrifyingly, the federal judge agreed.

Obviously, we appealed to try to set the record straight. The judges on the federal appeals court seemed shocked, too, by the scope of Trump’s power grab. Yet the government lawyer pushed even further. Not only is this a matter of national security, he argued, but any White House plan to murder Kareem is also an unreviewable “political question”. One judge demanded to know whether Trump claimed the unfettered power to assassinate her as well, perhaps sitting at her desk in the DC Circuit Courthouse.

“If your question is: Can a court, once the [political or national security] privilege is properly invoked,” the Trump lawyer replied, after some waffling, “…in that circumstance, the answer is no.” In other words, the Trump administration was asserting that there was no difference, in principle, between killing Kareem in Idlib, Syria, and killing the judge in her office in Washington, DC.

This was no academic discussion, but a power grab made by a president who still refuses to admit that the vote went against him, and a Tyrannosaurus rex in its death throes can be very dangerous.

“Do you appreciate how extraordinary that proposition is?” exclaimed the incredulous jurist. “That the US Government – the executive branch [the president] – can unilaterally decide to kill US citizens?”

Perhaps I should not be writing this article. It might give Trump ideas, as he stews in the West Wing between his post-election rounds of golf. After all, under his theory he would not be limited to killing judges – the same principle would apply to the patently “political question” of whether an opposition politician is a threat to national security (which, in Trump’s case, is often conflated with Trump security). So, rather than waste time on frivolous law suits challenging the votes in Pennsylvania, why not just send a Predator drone to seek out Joe Biden and Kamala Harris?

Trump would only be plagiarising the plans of one of his close friends. The consensus of Western intelligence is that the order to kill Russian opposition leader Alexey Navalny came directly from the Kremlin. Vladimir Putin appears to have taken the view that political opponents are, indeed, a threat to national security.

Trump is not going to do that (one must hope!) but when the US abandons the high ground, it prompts everyone to dive into the depths. The argument made by Trump’s lawyer will allow Putin to tell Biden to back off if he complains about attempts to murder political opponents from Salisbury to Istanbul – just as Obama’s kill list prompted Duterte to tell the former president to “go to hell” in a call about the drug assassinations. There has been much talk of an American descent into despotism under Trump. Perhaps our institutions are strong enough to withstand a direct assault. Perhaps the greater danger comes from an insidious grasp of extraordinary power.

Perhaps, indeed, the “revelation that President Obama, operating off a government ‘kill list,’ has been personally directing who should be targeted for death by military drones … merely pushes us that much closer to that precipitous drop-off to authoritarianism. If so, we must remember the famous words of Edmund Burke: “The only thing necessary for the triumph of evil is for good men and women to do nothing.” Obama’s initial insistence on the right to dispense with the right to a trial before execution is one of the most dangerous steps we have taken towards the cliff edge. 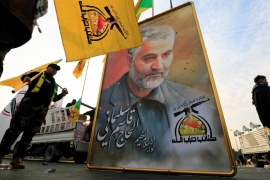 Death by drone: How can states justify targeted killings?

UN report finding US attack on Iranian general ‘unlawful’ has stoked debate over responsibility in the new ‘drone age’. 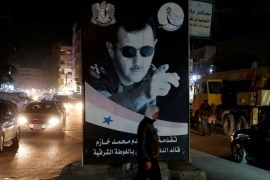 US president says he mulled over assassinating the Syrian leader after a chemical attack on civilians. 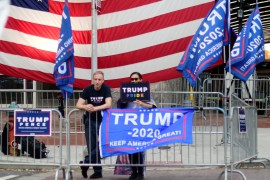 A new Guantanamo is emerging in Syria and Iraq