Prior to North Korea’s most recent nuclear explosion, the understanding was that they possessed somewhere between 10 and 60 nuclear weapons, less or equal to the size of the Hiroshima bomb in terms of impact. The Hiroshima bomb was 15 kilotonnes – the equivalent of 15,000 tonnes of TNT.

What just went off in North Korea may have been between 50 and 100 kilotonnes. The destructive potential of a weapon this size to both an individual area and the surrounding ecosystems constitutes an entirely different class of risk. Whether a regional conflict with weapons of mass destruction turns into Armageddon depends on how many nuclear weapons are involved and what size they are.

Anything more than 50 nuclear weapons could trigger a nuclear winter. In that scenario, there would be so much soot and smoke thrown into the atmosphere by the burning cities that the entire planet could suffer an extreme drop in temperature. The larger the weapons – of which the 100-kilotonne ones certainly fit the equation – the more likely this outcome would be.

This outcome could be delivered within a matter of minutes. The missile that Kim Jong-un recently flew over Japan, without prior warning and without Japanese consent, was fired at 5.58am. The Japanese public received a three-minute warning because there is 1,000km between them and North Korea. California is 9,000km away, which gives it a 30-minute warning. Seoul, at 55km, does not get a warning.

Due to how short these notices could be, most of the superpowers keep hundreds of their nuclear weapons on high alert. This means they can launch to retaliate within 15 minutes or less.

To make matters even more dangerous, neither side in the current tension between North Korea and North America is utilising adequate safeguards to prevent accidents or miscalculations. On the hand, the United States and their allies are practising war games, without the inclusion of opposing observers. Observers from countries that feel threatened by war games give them the information they need to know they are not about to be attacked. On the other hand, North Korea is busy firing missiles without announcement over countries without their consent.

North Korea knows that India, Pakistan and Israel have already defied these powers and acquired their own nuclear weapons, despite international pleas for non-proliferation. North Korea wants to join that renegade club.

While North Korea has gotten away with bullying Japan, if they attempt a similar act by landing missiles in the oceans of the American territory of Guam, it is quite possible a war will break out. President Donald Trump is not a man to be provoked. If Kim Jong-un sends unannounced and unconsented missiles, that may or may not be nuclear armed, that may be six times larger than the Hiroshima bomb, over, or into, American territory war could be imminent. Russia, China or North Korea would not tolerate such actions near their territories. There is no reason to expect that America would respond differently.

The first international response to North Korea’s nuclear test is that to call a meeting of the Security Council to discuss the situation. It will be expected from them to tighten up even further the already tough sanctions on North Korea. This would entail oil being added to the list, in addition, to a complete social, labour and diplomatic embargo of the country. Whether China and Russia will agree to maximum sanctions is still unclear.

Even if the Security Council can agree on new tougher sanctions, it is unlikely that the North Korean regime would change direction and offer to give up their nuclear weapons – no matter how much the Security Council nuclear powers want it to do so. North Korea knows that India, Pakistan and Israel have already defied these powers and acquired their own nuclear weapons, despite international pleas for non-proliferation. North Korea wants to join that renegade club.

The reason the international community maintains the goal of nuclear non-proliferation is because the more countries possessing nuclear weapons there are, the more dangerous life on Earth becomes. The real threat of North Korean proliferation is not the risk to cities in the US, but rather, the regional instability that comes with one side possessing weapons of mass destruction and disturbing the balance of power.

If North Korea keeps their nuclear weapons, South Korea and Japan will also want their own atomic arsenals to act as a deterrent to Kim Jong-un. They will also want to expand and develop anti-ballistic missile defence systems, far beyond the ones that have already been deployed to the region.

They will also seek much greater autonomy over their own defence, trying to avoid relying completely on the US. While this may make sense on one level, to China, the idea of countries like Japan, bristling with their own autonomous nuclear arsenal and hi-tech defence shields is absolutely intolerable.

Unfortunately, this is where we are heading. 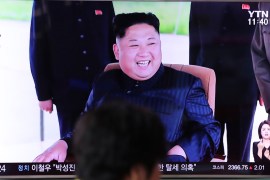 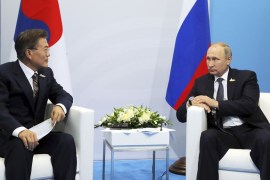