Late in September, the admin of an academic list-serve sent a message to the list in which he requested a pdf copy of a recently published scholarly paper he identified as: “The Case for Colonialism” by Bruce Gilley (Third World Quarterly, September 2017). Soon a couple of list members obliged and sent the admin and everyone else on that list two separate PDF copies of this article.

As soon as the PDF was circulated signs of trouble emerged: “I needed to breathe deeply several times while reading this,” one list-serve member said, “It’s VERY disturbing”.

“I am disturbed by the author’s call for re-colonization with the purpose of civilizing post-colonial countries,” another member soon added, “and by his recipe for ‘making colonialism acceptable to colonized’… I wonder how this paper could pass external peer review? Why would TWQ publish this?”

Soon the admin of the list-serve who had initiated this cycle of comments chimed in, identified the author of this essay as “a colleague of mine … and I think he is more honest and genuine than some of the Middle East Studies scholars in the West.”

As the list-serve members continued to respond in piecemeal, it became clear that a career opportunist professor had published an article in a leading academic journal that prides itself on being “peer-reviewed”, and in which he (based on shoddy scholarship) not only unapologetically defended the colonial savagery Europeans had visited upon the Earth but, in fact, he called for its renewal in our own time.

That there is an academic careerist who has sensed which way the political wind is blowing in the US and Europe and perfectly in tune with the spirit of the age of Trumpism is seeking to cash in and jump on the already overstuffed bandwagon of racists is not surprising at all. Senior scholars like the blatantly racist, imperialist Niall Fergusson of Harvard or his colleague Samuel Huntington, or before them the top-notch Zionist propagandist Bernard Lewis and his Lebanese sidekick, the late Fouad Ajami, have all been singing the same tunes and enjoyed the full privileges of a first-class university since George W Bush’s “war on terror” commenced – and in fact, long before that.

What is far more troubling than a non-entity seeking instant notoriety by going against the massively accumulated archival evidence of human suffering European colonialism has caused and scholarly arguments mapping out the planetary calamities of the white supremacists’ conquest of the world is this bizarre bourgeois etiquette and liberal politesse that invariably rise obsequiously to meet such obscenities. Oh, he is our “colleague”, the professoriate proffer. “Let us invite him for a ‘dialogue’,” they generously gesture. We need to respect freedom of expression – ad nauseam.

What are the limits of liberal 'tolerance'? At what point will noble anger, utter disgust, principled indignation, and moral outrage overcome this banal bourgeois gentility?

To be sure, there were enough courageous, principled, informed, and emphatic people on this list and beyond who came forward and mopped the floor with this opportunist charlatan. But they did so by defying the bleeding-heart liberals of the inane mantra, “Oh, I disagree with you but will give my life to defend your right to say it” persuasion.

What are the limits of liberal “tolerance”? At what point will noble anger, utter disgust, principled indignation, and moral outrage overcome this banal bourgeois gentility?

We justly and correctly have ostracised Holocaust deniers. The slaughter of six million Jews and the suffering of the survivors of the Holocaust are not matters of “scholarly debate.” But in the US, if you write defending the genocidal legacy of colonialism, you get yourself published in a “peer-reviewed” journal, even move up to become full professors at an Ivy League university, and a band of your peers get together politely to discuss and debate your ignorant stupidities with courteous and gentle demeanours.

Since this debacle, most of the editorial board of the journal have resigned, its chief editor was scandalised for having lied that he had run the article through peer review, and even the author has retracted his own article and asked for it to be removed from the journal. But all of this spectacle has, in fact, increased the public cachet of the author and his article. Those who have objected to this obscenity can now be charged with intolerance and “political correctness”. For all we know, Donald Trump might soon invite this professor and appoint him as his next education secretary.

I recall a few years ago, when I had just made it to a blacklist of “dangerous professors” that a notorious Zionist propagandist had compiled and published in a book (I have made it to all such lists designed to frighten and silence me and as you see they have had exactly the opposite effect), a “psychologist” had managed to put all our email addresses together and sent us a collective message in which he said he wanted to study us and examine our psychological profiles in relation to our “radical ideas”. Would we kindly respond to a questionnaire he was preparing for this purpose?

Before I had even digested the absurdity of the very idea of psychopathologising political dissent, suddenly I saw members of that list began writing back politely to this person and asking for more details about his study. What was striking was how not a single person on that mailing list was outraged by the very notion of being “studied” for psychopathological traits presumably explaining our “radical ideas.” They were all politely discussing the details of the proposed study. The term “gulag” evidently meant nothing to them. It is obscene to be tolerant of obscene ideas.

The case in point is how the prominent American public intellectual professor, Noam Chomsky, who, too, was on the editorial board of this academic journal, has as usual refused to denounce Bruce Gilley, offering his habitual bourgeois hogwash that the professor has the right to say what he said and that he too publishes things that offend people.

This, of course, is highbrow gibberish – shifting the issue to the domain of censorship and freedom of speech, where an entire transcontinental history of European and American colonial savagery, loudly defended by Gilly, is to be dismissed and, in fact, celebrated and the descendants of those pernicious cycles of barbarism better shut up and be quiet lest their protest might offend Professor Chomsky’s bleeding-heart liberal defence of “free speech”.

But being “offended” by what this careerist charlatan has said is not the issue. I, for one, am not offended by what Bruce Gilley, Niall Fergusson, or Bernard Lewis have said, nor am I surprised. Both Bruce Gilley’s barefaced defence of the criminal terrors of colonialism and Chomsky’s defence of the right to publish such a defence of murderous terror are definitive to the moral depravity of European, and now American, imperial arrogance that has both robbed and terrorised the world and then sought to preside over its moral universe.

It is like Israeli colonial officers who invade and colonise Palestine, murder Palestinians, and then retire to make films about how their military services had psychologically traumatised them, send those films to European film festivals and get top prizes for them!

What this liberal defence of immoral hatemongering tops and completes is the systemic mendacity of European colonialism, and now American imperialism, having their cake and eating it, too.

First come their settler colonialists – their warlord imperialists, their slave traders and their rapists and thieves, riding on their warships, fighter jets, and oil tankers – and then come their priests to convert us to their Christianity and teach us how to turn the other cheek, and then come their historians, sociologists, anthropologists, and political scientists studying us and telling us how we deserved to be colonised, and then come their “public intellectuals” admonishing their elected leaders for doing so and feeling so good about their “radicalism”, and then come their bleeding-heart liberals, their sagacious, open-minded preachers of tolerance for different opinions who tell us how they are willing to pay with their lives defending the right of the “free speech” of those defending the cause of those murderous creatures who came and slaughtered your parents, raped your mothers and sisters, and burned your children alive, and then ran away with your natural resources.

OPINION: How British colonialism ruined a perfect cup of tea

This is a setup, made to make you look like a barbarian if you as much as uttered a word in protest. It is the systemic totality and the closed-circuited mendacity of the diabolic truth of colonialism that begins with the brutish settler colonialists and their fighter jets and concludes with kind and considered, open-minded and tolerant, priestly caste of liberal and polite professors.

No! Absolutely not! Certain historical calamities are no longer subjects for “scholarly” debate and differences of opinion. The genocide of Native Americans by European settler colonialists, the savage history of African slavery by the selfsame European settlers and their descendants, the criminal enormity of dropping the atom bomb on innocent Japanese, the Jewish Holocaust, the ethnic cleansing of Palestinians by the settler colonialist Zionists … and the monumentally murderous history of European colonialism around the globe. These are no longer up for scholastic debates. These are the monuments of moral shame.

Any Johnny-come-lately career opportunist charlatan who wishes to cash in on the rising Trumpian obscenity must be treated with utter disgust, with unsurpassed revulsion. He must be ostracised, publicly shamed and humiliated, and never ever called “a colleague” who should be politely invited for a “civilised debate”. Against that “civilised” gathering of morally compromised scholars, I will proudly form a band of barbarian dissidents. 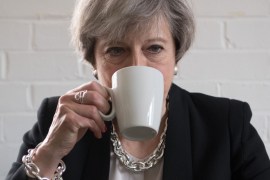 How British colonialism ruined a perfect cup of tea

On the colonial colouring of the culinary calamity the British call a cup of tea. 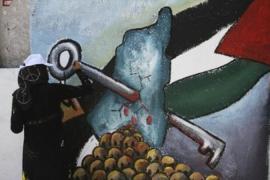