Workers’ strength comes through united action. It’s a pretty simple rule of history. When the most marginalised and exploited workers stand up for themselves, better off workers need to stand with them. It was the struggles of the match girls, the Irish dockers and the Jewish sweatshop workers of late 19th-century London that transformed British trade unionism and made it a mass force for social change.

A strong workers’ movement would never accept the rights of a minority being removed. Yet that is exactly what the end of EU free movement rules in Britain would mean. European migrant workers would have fewer rights in Britain and would, therefore, be less able to defend their pay and conditions. That explains the stark warning contained in a report released today by Another Europe is Possible: the big winners of a post-Brexit “controlled migration” system will not be British workers, but unscrupulous employers.

“Brexit and immigration: prioritising the rights of all workers” (pdf), by Luke Cooper and Zoe Gardner, argues that a managed migration system – however “generous” – would be worse for European and British workers than the status quo. That’s because free movement gives rights to workers – to live, work and study. It’s not an unlimited right, contrary to popular belief, but it does mean that European citizens have the right to join with their British colleagues and fight for better pay and conditions. That’s how things improve.

READ MORE: The women and men who clean London at night

But any move away from this free movement means “managed migration” under which migrant workers are judged primarily by their economic value. That means employers bringing workers into the country on strict terms. More power is in the hands of the employer, who decides whether an employee can stay in the country or not. That makes organising for rights and protections so scary that it’s unlikely to happen.

“Brexit and immigration” examines a number of managed migration schemes – from the relatively benign “guest worker” scheme in Germany to the truly horrific example of the World Cup workers in Qatar. They all have one thing in common – the fewer rights migrant workers have, the more they will be exploited.

In the short term, and under the influence of a deeply xenophobic media – which would have us believe the UK is “overrun” with migrants – some workers today see a direct benefit to themselves in limiting migration. It is precisely the same mindset which led some trade unions, a century ago, to oppose women’s entry into the workforce in Britain on the grounds that it was undermining men’s wages.

Research suggests that women’s entry into the workforce did have some negative short-term effect on wages. In all likelihood, it had a much bigger effect than recent migration, which has actually helped raise wages, outside of some specific economic sectors and areas of the country. But long term, the failure to stand with women workers was both unethical and left workers as a whole weaker, leaving women more exploited – just what big business wanted.

None of this means that things are fine for British workers. Britain has a very deregulated “labour market”, with dreadful stories emerging regularly of big business employing workers on disgraceful terms and conditions, fuelling unprecedented level of inequality in society. This has not been created by European free movement and the answer is not to further divide the workforce, but to fight for a better deal – just as the migrant and women workers did 150 years ago.

That better deal – “free movement plus” – could include new rules to enhance collective bargaining, especially in low-skill sectors, a boost to the minimum wages, and making sure employers really can’t use foreign workers to undercut wages by increasing penalties. It could also include investment strategies which ensure money follows migrants to parts of the country suffering long-term deprivation.

In fact, the implications of these arguments are much bigger than Europe. The development of free movement within Europe has been accompanied by a barbaric immigration policy at Europe’s borders, with 5,000 people dying trying to reach Europe last year. This is both inhuman, especially given so many are trying to escape from the consequences of European foreign policy, but also a recipe for exploitation as migrants arriving from outside the EU, without permission, are forced into the highly exploitative illegal economy.

This is what globalisation is all about – free capital and controlled people. How do we reverse this? By constraining the ability of big business to do what it wants, where it wants, when it wants, and supporting and expanding each other’s rights and protections.

Pulling up the drawbridge won’t create a more equal Britain. Domestic and foreign policy are intimately connected. Only by supporting a more equal, sustainable, generous and peaceful world, will we create a better Britain. 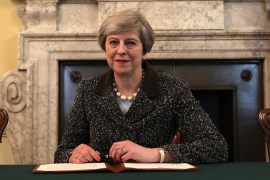 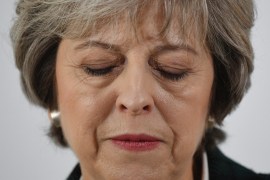