The number one priority for any world leader should be the well-being of his/her own people. For Palestinian President Mahmoud Abbas, however, following this basic principle is challenging, as his concern for his people has to include the besieged people of the Gaza Strip. The complicated situation in the Hamas-controlled Gaza makes it difficult for Abbas to determine his priorities, causing internal politics to sometimes influence his perception of Palestinian national interests.

Gaza has proven to be a difficult nut to crack, but recent geopolitical changes in the region produced a rare opportunity for Abbas to reinforce his influence on the strip. Abbas seems to have embraced this opportunity and placed enough pressure on Hamas to produce dramatic results: On Sunday, Hamas has agreed to talks with the rival Fatah movement and expressed its willingness to hold general elections in the Palestinian territories.

For a long time, Hamas has not been willing to accommodate the return of the Ramallah-based Palestinian National Authority (PA) leadership to the Gaza Strip.

Syria, Iran, Qatar and Egypt have been supportive of the group, allowing them to resist international as well as domestic pressures to cede control of Gaza. Recent developments in the region, however, put Hamas in a tight spot.

Hamas leaders abroad have been forced to abandon their ambitions in Syria and the rise of anti-Muslim Brotherhood strongman Abdel Fatah al-Sisi in Egypt has resulted in the blocking of the Rafah crossing. Meanwhile, Saudi Arabia and the United Arab Emirates (UAE) started to put immense pressure on Qatar to end its support for Hamas.

These developments weakened Hamas, and Abbas decided that the time was ripe to put pressure on the group to surrender the control of the Gaza Strip.

As he is categorically opposed to using violence against fellow Palestinians, the Palestinian president’s first move was to stop paying Gaza’s energy costs. This reduction in financial support caused political difficulties for Hamas, but has not immediately delivered a concrete victory for Abbas. Instead, the pressure from Ramallah has produced a strange bedfellow to the newly elected Hamas leadership: Mohammad Dahlan.

In 2007, Dahlan led a coup against the newly elected Hamas government and was eventually forced to leave the Strip. The Gaza native, who, over the years, became a beloved protege of the UAE leadership, has recently agreed to cooperate with his former nemeses in Gaza in order to return to his homeland. More importantly, he will continue needling Mahmoud Abbas, who threw him out of the Fatah movement, which Dahlan once had high hopes of taking over.

Dahlan's return to Gaza is unlikely to solve the besieged strip's fundamental problems and end the destructive rivalry between Hamas and the PA.

Hamas’ decision to bury the hatchet with Dahlan is possibly linked to its desire to end Gaza’s financial predicament and find a government sponsor. This plan appears to have worked, as Cairo leadership – which has strong ties to Dahlan – agreed to do just that and played an active role in the process that led to Sunday’s decision.

Hamas has been ruling the Gaza Strip for over a decade, but the Ramallah-based PA continues to pay the salaries of public service employees in Gaza, as well as a variety of public service costs such as electricity and water. The PA also continues to pay the guaranteed monthly stipend of families of Palestinian martyrs and prisoners whether they live in the West Bank (including East Jerusalem) or the Gaza Strip. Legally, the Palestinian government in Ramallah has waived the need for Gazans to pay any taxes, although a number of fees are still being collected by the prevailing powers.

For its part, Israel has placed a land and sea blockade on Gaza, in addition to having destroyed the international airport of the Strip, which was opened with lots of fanfare in the last year of the Clinton presidency in 1999. International efforts to break up the Israeli blockade have failed to produce the desired humanitarian breakthrough.

Thanks to his Emirati sponsors, Dahlan is in a good position to help deliver a substantial amount of humanitarian aid to Gaza, which would help the Hamas leadership to survive the Israeli blockade and to counter Abbas’ decision to reduce financial support. Yet, Dahlan’s return to Gaza is unlikely to solve the besieged strip’s fundamental problems and end the destructive rivalry between Hamas and the PA.

Numerous attempts to resolve the conflict that has produced two competing Palestinian leaderships have done little to ease living conditions of the nearly two million Palestinians trapped in the tiny Gaza Strip. While many reconciliation arrangements and agreements were produced and publicly announced over the years, none have been executed, leaving the people of Gaza disappointed.

Currently, the Egyptians appear to have found a compromise agreement, but it is unclear if this will lead to a long-term solution unless there is a guarantee for elections and a mechanism to allow a single winner of the elections to run both Gaza and the West Bank.

READ MORE: What comes after Abbas and Netanyahu?

Past agreements focused on the need to allow the return of the PA’s presidential guards to the border crossings in the north and south of Gaza, to allow a unity government to operate in Gaza until presidential and parliamentary elections take place and to reform the PLO in a way that would allow Hamas to become part of the highest Palestinian decision-making body. Despite Hamas agreeing to all these principles on paper, the implementation of any such agreement has proven to be tricky in the past.

Also, there is still the issue of the problematic international border between Gaza and Egypt.

Egypt has been at odds with Hamas since Sisi overthrew former President Mohamed Morsi in a 2013 military coup and outlawed his Freedom and Justice Party, strongly linked to the Muslim Brotherhood. Dahlan and his UAE sponsors have been hinting that they are eager to see closer ties between Hamas and Egypt and a new relationship between Egypt and Hamas has indeed been formed in the last couple of months. But there is still no easy solution to the border problem. Israel, the US and the international community are not likely to allow the border between Gaza and Egypt to remain open. Also, Egypt is not keen to empower Hamas any further in this way, as it accuses its leadership of providing support to Islamic militants that have been attacking Egyptian soldiers on the Sinai Peninsula on a nearly daily basis.

The only way forward

The siege on Gaza and the split between Gaza and the West Bank have gone on way too long. In addition to the human cost, the situation has crippled the ability of Palestinians to negotiate as a united people.

The only way to resolve the current stalemate is for Hamas to swallow its pride and allow Abbas’s presidential guards back in control of the terminals in and out of the Strip and follow up on all other aspects of past reconciliation agreements. Most importantly, Hamas needs to hold presidential and parliamentary elections in Gaza.

Once such elections are held, the PLO should be reformed to include Hamas and the Islamic Jihad. A reformed and unified PLO can hold a Palestine National Council session and such a meeting can set an agreed on national strategy and elect those who will carry on the torch in the post-Abbas era.

Sunday’s press release by Hamas agreeing to dissolve the administrative committee and to allow for elections appears to be satisfactory to all parties. The question remains whether this time they will indeed follow through on their promises and commitments.

To make peace in Middle East, start from the end 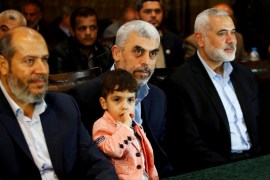 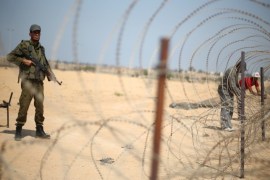