The announcement in July of a water prices agreement between Israel and the Palestinian Authority (PA) has been hailed as a model of Israeli-Palestinian cooperation as well as a major achievement of the Trump administration’s efforts to broker a comprehensive peace deal in the Middle East. Both the agreement and the process that yielded it, however, reveal a very different reality.

The water prices agreement is part of a larger Red Sea-Dead Sea conveyance project by Israel, Jordan and the PA to build a conduit to move Red Sea water over mountains and down into the Dead Sea basin, with three outputs: the generation of increased hydroelectric power, more desalinated water for the parties, and an increase in water for the Dead Sea.

For more than a decade, this conduit project has been the subject of tense and difficult negotiations among the three parties. From a Palestinian perspective, this negotiation process has been one of continuous fighting to be treated equally and fairly with the other two states, despite the fact that the Israeli army maintains overall control of occupied Palestine. Even when the parties were agreed in principle on a project, Israel used its power to force Palestinians to accept less than what is fair.

For example, the three parties agreed in December 2013 to a Memorandum of Understanding on Regional Water Sharing, involving a desalination plant to be built at Aqaba, Jordan, coupled with a water swap between Israel and Jordan, and a sale of water by Israel to the Palestinians. For three years, Israel insisted on a price for the water that the PA considered unreasonably high and unfair. After the recent intervention by the US envoy, the PA found the price “acceptable” even though it was higher than prices it pays for other water from Israel. The PA’s acceptance is understandable only in the context of the intense pressure Palestinians face from ongoing water shortages and an inadequate infrastructure throughout its territories, a direct consequence of Israeli control.

Israel has been able to use its occupying power to extract well over its fair share of water from the main aquifer that lies below the West Bank. Using mechanisms imposed by its army and established by the Oslo agreements, Israel severely limits Palestinian access to that aquifer, and to the surface water of the Jordan River.

While the diplomatic process remains largely frozen between Israel and the Palestinians, by moving forward together to solve our water problems we can chart a course forward that will safeguard the vital resource of water for the future of both peoples.

The 1995 Oslo Interim Agreement established a joint water committee (JWC) to review and approve all water projects in the West Bank, with the stated objective to enhance cooperation. Unfortunately, the reality is that Israeli water experts have used this JWC process to delay or disapprove Palestinian water projects until Palestinians agree to approve water projects favouring Israel’s expanded (and illegal) settlement programme. The effect: a “quid pro quo” policy, with the Palestinian water system held hostage to Israel’s expanding settlement activity.

In 2009, the World Bank issued a highly critical evaluation (pdf) of Israeli behaviour in the water sector in which it noted that Israel had seriously obstructed the Palestinian’s ability to operate an effective water system. Another independent study (pdf) conducted by Amnesty International in the same year came to a similar conclusion. Two years later the French National Assembly report (pdf) on its mission to the Palestinian territories concluded that Israel was exercising “water apartheid”.

Israel attacked these reports and the institutions that prepared them, but in a brief attempt to prove their conclusions wrong, rapidly approved a few Palestinian water projects. Within months, however, Israel returned to its delay/disapprove, quid pro quo approval strategy.

It is the data comparisons of Israeli and Palestinian water use that are ultimately the most damning. The World Health Organization‘s minimum standard for domestic water use is 100 litres a day. However, Israel has kept Palestinian water use in the West Bank and Gaza to well below that minimum, while providing significantly higher amounts for its own citizens and the Jewish settlers in the West Bank. On average, Israelis use 240-300 litres a day, while Palestinians living under Israeli military rule in the West Bank are limited to 20 (in some rural areas) to 79 (in urban areas), and in Gaza, the water supply is not fit for human consumption. The inequality is even more glaring when considering that Israeli settlers living next to Palestinians in the West Bank use an average of 400 litres/day. In many places, Palestinians struggle to get enough water just to survive, while illegal Israeli settlers living right next to them water lush green lawns and fill swimming pools.

While I served as PA Minister of Water and PWA head, we launched a reform process that restructured the Palestinian water sector at all levels: managerial, regulatory and service provision. We expressed deep concern about the failure to provide fair access to the water resources in the Jordan River or those in the West Bank aquifer and opposed Israel’s rigorous blockade of Gaza, including its bombing of water and wastewater facilities during its 2009 Gaza war.

In 2010, I asked for changes in the operation of the JWC to move its process from one of Israeli domination to joint cooperation. This initiative would allow the PWA to complete most of its projects with useful Israeli advice, but without the threat of Israeli veto, and thus provide better access to water for Palestinian communities. I also announced that we would no longer cooperate with the quid pro quo system used by Israel to support its programme expanding illegal settlements. Israel responded by punishing all West Bank Palestinians by withholding approval of all PWA water projects.

The continuing Israeli intransigence created serious water shortages and severe pressure on the PA to give in to Israeli demands, and by early 2017 the PA had returned to a JWC process only slightly modified in ways that allow some limited water projects – apart from drilling and rehabilitation of wells – to be implemented without prior JWC approval. Israel’s occupation authorities and import restrictions still control the extent and pace of Palestinian water development.

Despite these challenges, we in Palestine would like to enjoy a cooperative relationship with Israel on water issues. Israel and the Palestinian Authority could make a good start towards that cooperation by focusing on three joint initiatives.

First, Israelis could work together with Palestinians to revise the operating rules of both the JWC and Military Civil Administration, with a goal of applying general international practice as occurs on shared aquifers and basins.

Secondly, Israel could join the PWA in giving a high priority to implementing a respected 2011 study of the water crisis facing Gaza residents, including recommendations for a sequential programme to develop an effective water supply, distribution and use system in Gaza. The water supply in Gaza is currently more than 97 percent polluted, endangering the health of all Gazans and threatening the failure of the Gaza portion of the Coastal Aquifer. Israel could begin by providing the energy needed to support the proper functioning of all Gaza’s water and wastewater facilities.

Israel should not build and use its power by depriving the Palestinians it has occupied for the past 50 years of access to their fair share of their natural resources.

While the diplomatic process remains largely frozen between Israel and the Palestinians, by moving forward together to solve our water problems we can chart a course forward that will safeguard the vital resource of water for the future of both peoples.

Dr Shaddad Attili is an advisor ranking minister at the Palestine Liberation Organization’s Negotiations Affairs Department and was Palestinian Authority Minister of Water and Head of the Palestinian Water Authority (PWA) from 2008 to 2014. 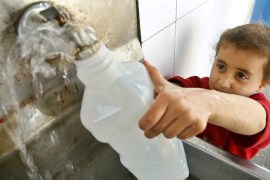 Agreement fails to address the fundamental concept of water as a shared resource, critics say. 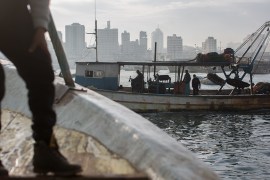