If you took a walk around the major museums of world capitals, the Louvre in Paris, the British Museum in London or the Metropolitan Museum in New York, you would undoubtedly encounter a vast number of ancient objects from faraway corners of the world. If you were among the truly interested, you could read the plaques affixed to the display that will tell you when the object was made and where it was found. Sometimes, you may even find a small story about the object, what it signified to those who lived long ago.

What the plaques almost never reveal is the “provenance” of the object, the record of origin that not only certifies authenticity, but also who owned it, who sold it and how it got from that faraway place to the museum shelf. At most, the names of donors who have loaned or gifted the object to the museum’s collection are mentioned, a public “thank you” of sorts to the very generous and wealthy. How they got the object is, again, assumed to be nobody’s business.

It should, in fact, be everybody’s business. It is just these omitted or secret details of provenance that enable the billion-dollar illicit trade in antiquities to continue and thrive. Smugglers steal and sell, capitalising on moments of conflict, war and even natural disaster. Even extremist groups like the Islamic State of Iraq and the Levant (ISIL, also known as ISIS) and the Taliban have also been known to sell antiquities to fill their own coffers. Art dealers with contacts in war torn regions buy and hoard, laying in wait for the most profitable time to sell. If the dealer has a history of selling authentic pieces, private collectors and even museums will subsequently gobble up the goods.

As the recent debacle over the US retailer Hobby Lobby’s purchase of 5,500 antiquities smuggled out of Iraq illustrates, legal advice that questions the origins of the goods is often ignored. The smuggling, undertaken over many years of shipments, was only discovered after US customs agents happened upon it after opening up a shipment which was supposed to contain garden ornaments. Many other shipments are never discovered and their origins remain unquestioned even as thousands of people gape at them on museum shelves.

It was not meant to be this way. In 1970, the UNESCO Convention on the Means of Prohibiting and Preventing the Illicit Import, Export and Transfer of Ownership of Cultural Property was passed, making it the first international instrument dedicated to the fight against illicit trafficking of cultural property. Its passage attempted to create an umbrella legal instrument under which the varying laws of the 100 or so signatory nations could be gathered. More explicitly, it sought to curtail the smuggling and trade in illicit antiquities.

As Jason Felch and Ralph Frammolino say in their book “Chasing Aphrodite: The Hunt for Looted Antiquities in the World’s Richest Museum”, the UNESCO convention reflected a “a consensus that the antiquity’s value lies not just in its intrinsic beauty but also in its archaeological context – where it is found and how it is related to those surroundings”. None of its instruments, however, required museums to publicly reveal the provenance of objects in their collection.

It is perhaps for just that reason that the convention has had limited success, been unable to stop the trade in smuggled and stolen artifacts that was envisaged at its passing. In recent days, the looting of antiquities from Iraq and Syria has introduced thousands of stolen objects into the market. Sales of these goods are said to be funding jihadists in Europe and even ISIL itself.

One case that illustrates just how all the secret stealing and smuggling and procuring happens is that of the Dancing Shiva, a 900-year-old bronze statue, procured in 2008 by the National Gallery of Australia in Canberra.

In March 2014, almost six years after buying it, the gallery announced that it would be returning the statue. An investigation by Indian authorities has alleged that  the statue was stolen from a temple in Tamil Nadu. New York-based art dealer Subhash Kapoor then took possession of it and sold it to the Australian museum.

Museums fight against having to reveal the provenance of objects precisely because they know that many of the objects in their vast collections have illicit histories behind them.

On official documents, Kapoor held that the statue had left India in 1970. The National Gallery looked at the documents, but never bothered to call or contact the people that Kapoor claimed to have got it from. Instead, they handed over a whopping $5.6m.

They were not alone. With no legal requirement to make provenance records public, museums in New South Wales, Chicago, Ohio, and New York all bought antiquities from Kapoor.

Subhash Kapoor’s operation was vast, spanning many years and involving thousands of objects, mostly from South Asia. He may not have been caught if Indian authorities, who had been investigating him since 2009, had not tipped off US authorities to seize a shipment coming their way. It was sent in the name of a front company called Nimbus Import Exports and labelled “marble garden table sets”.

Inside were over a thousand kilogrammes of stolen antiquities worth $100m. The shipment was seized and in 2011, Kapoor himself was arrested at Frankfurt Airport and extradited to India to face trial. When US authorities raided his gallery “Art of the Past” and storerooms in New York, they found over 2500 objects collectively worth $107.9m. It was only following these seizures and the charges against Kapoor that the museums which had purchased objects from him realised that they would have to return these objects. The Australian National Gallery had to return the Dancing Shiva and the Toledo Museum of Art had to return a 1,000-year-old bronze statue of the Hindu god Ganesha.

The seizure of Iraqi artifacts in the Hobby Lobby case and the Kapoor case reveal how prevalent antiquities smuggling is. ISIL looted the ancient  Assyrian site of Nineveh and the Mosul  museum in 2015. In 2016, the Palace of Sennacherib was dismantled and the Roman theatre in Palmyra was destroyed.

It is very likely that artifacts from these sites already are or will be offered on the art market in the near future, their proceeds funding the group’s activities. Dealers with contacts in the region will buy them, store them and eventually sell them to museums. These museums will undertake perfunctory investigations and hand over the cash, eager to display the items in their galleries.

Museums fight against having to reveal the provenance of objects precisely because they know that many of the objects in their vast collections have illicit histories behind them. This secrecy, accepted as a norm in the world of art and antiquities, has, of course, enabled the world’s large museums to build up enormous collections. The plunder of the colonial era continues – now with looted objects from the world’s poor or war-ravaged countries.

The story of these antiquities must go beyond when and where they were found. Information should be made public about how artefacts were bought and sold, and if smuggling and subterfuge paved their paths to the shelves of faraway Western museums. It is that last story of procurement and provenance, omitted and untold, that continues to permit plunder.

Rafia Zakaria is a lawyer and author of The Upstairs Wife: An Intimate History of Pakistan, and Veil.

Who benefits from Pakistan’s loss of US aid? 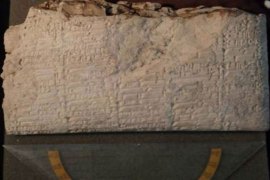 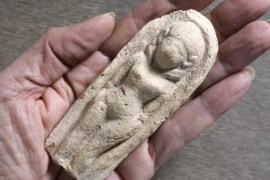