“It’s been a year since the Traore family suffered repression and humiliation at the hands of the state and the justice system,” said Assa Traore in a remote suburb of Paris on July 22. She was addressing the thousands of people who gathered in Beaumont-sur-Oise to commemorate the first anniversary of her brother Adama’s untimely death.

One July afternoon last year, Adama was arrested as he was riding his bike in the suburb alongside his brother. The gendarmes drove by looking for his brother, Bagui, in connection with a case. Adama knew the officers would ask him for an ID and as he did not have any on him, he tried to run. The young black man was planning to celebrate his 24th birthday that evening, but he never made it home. He was dead only a couple of hours after his arrest.

Adama was transferred to a police station after his arrest. During transport, his condition worsened. Police said they immediately called paramedics when they noticed Adama was not well, but they were unable to save him.

Officers involved in his arrest eventually admitted that the young man complained about having difficulty breathing when he was being restrained, but they deny using excessive force to this day.

Adama died on Tuesday, July 19. But until Thursday morning, July 21, his family had been prevented from accessing the body.

News of Traore’s death caused anger and despair in the suburbs. Days of protests followed and some members of the local community clashed with police, setting cars and buildings alight.

His family immediately filed a wrongful death complaint. As the police inquiry into the incident continues, the officers involved in Adama’s arrest are still in office a year later.

The Traore family still believe that they do not know the full story regarding Adama’s death. They tried everything to get justice for their son and find out what actually happened during his arrest, but they faced institutional obstacles at every step of the way.

In every case of suspected police brutality, French institutions shown a reluctance to allow a thorough investigation, meaning that the families, like the Traore family, are still waiting for a proper explanation about what happened.

At first, officials claimed that Adama had succumbed to heart disease. Later, they said that the young man died as a result of a “serious infection” affecting multiple organs. They also claimed that he had been drinking and smoking cannabis before his arrest. Adama’s relatives immediately denied these claims, and asked for further investigation into the cause of his death.

Ten months later, a new expert, who assessed the case at the Traore family’s request, did not find any signs of heart disease or infection. Toxicology reports for cannabis and alcohol also came back negative. He concluded that Adama Traore’s cause of death was asphyxiation.

The Traore family wanted to organise marches and solidarity meals in public spaces to keep their plea for justice alive, but the municipality repeatedly turned down their requests, citing concerns about security. Adama’s sister, Assa, declared that by refusing to assist the Traore family in their efforts to find the truth, the authorities placed themselves “on the side of police violence”.

In response to Assa’s words, the authorities decided to file a defamation complaint and the municipal council arranged a meeting to discuss whether the city should be bearing legal costs that may arise as a result.

Dozens of Beaumont-sur-Oise residents wanted to attend the vote to show their support for the Traore family, but they were denied entry into the building by a cordon of 50 gendarmes and municipal police officers. Bagui and Youssouf Traore, two of Adama’s brothers, were arrested during the confrontation between the members of the public and the gendarmes. The brothers were charged with “violence and death threats on persons holding public authority”. They were already being prosecuted for “attempted assassination of security forces” following their participation in protests after the death of their brother in July 2016. To this day, the two brothers are still incarcerated.

Adama Traore is not the first person to die in police custody in France and the Traore family is not the first French family to break down as a result of police actions. There are many families all over the country struggling to get justice for their loved ones who died in similar circumstances.

For example, 28-year-old Amine Bentounsi was shot in the back and killed by police during a chase in a northern Paris suburb in 2012. After a long trial, and an initial acquittal, the officer involved, Damien Saboundjian, was found guilty of deliberate assault resulting in death and given a five-year suspended sentence. He will not spend a day in prison and he is allowed to continue working as a police officer.

In June 2007, 25-year-old Lamine Dieng died in a police van after his arrest in Paris. Police initially argued that his death was due to intoxication. A consequent autopsy determined that the most likely cause of his death was asphyxiation – even though he was intoxicated at the time of his arrest. His family recently lost their last legal battle against the authorities in France and they were sentenced to pay 2,000 euros to the eight police officers involved in Dieng’s arrest. All officers are still on duty to this day.

The devastating stories of these men who lost their lives in police custody raise concerns about institutional racism that is plaguing the French police. Just like the majority of police victims in France, Adama Traore, Amine Bentounsi and Lamine Dieng were not white.

In January 2017, an investigation by the Defenseur des Droits, an independent constitutional authority, revealed that young men “perceived as Arabs or blacks” are 20 times more likely to undergo an identity check in France than the rest of the population. The same report also showed that 95 percent of these identity checks did not lead to an arrest.

As a result of this racial bias, black and Arab men are more likely to be victims of police brutality in France.

Amnesty International had already sounded the alarm about police brutality in France in 2009 and 2011 and warned of the dangers of the restraint techniques used by police officers. The prone restraint – or face-down restraint – involved the detainee being pinned on a surface and physically prevented from moving out of this position. Research has suggested that restraining a person in this position can lead to asphyxia and the technique has been banned in countries such as Belgium and Switzerland, as well as Los Angeles and New York in the US. In France, this is still a lawful and acceptable restraint technique.

In every case of suspected police brutality, French institutions showed a reluctance to allow a thorough investigation, meaning that the families, like the Traore family, are still waiting for a proper explanation about what happened.

France has long been known as “the country of enlightenment”. Now, our country needs to show that it did not usurp this title.

Rokhaya Diallo, French journalist, writer and filmmaker, is widely recognised for her work in favour of racial, gender and religious equality. She is a BET-France host and has produced and/or directed documentaries, TV and radio programmes. 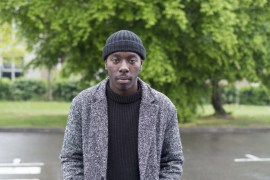 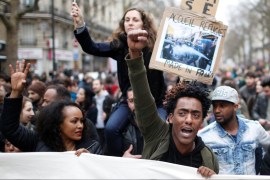 France is still in denial about racism and police brutality

France on lockdown: Vacation for some, a nightmare for many