This year, the inhabitants of debt-ridden Puerto Rico marked a dubious anniversary: one entire century of United States citizenship.

The island was charitably commandeered by the US in 1898 following the Spanish-American War, but the conferral of citizenship didn’t take place until 1917 when, The Economist has noted, the move “conveniently allowed 20,000 [Puerto Ricans] to be drafted into service in the first world war the following year”.

In addition to the luxury of being eligible to fight and die in every US war since, Puerto Ricans have enjoyed numerous other perks as Americans do.

In the 1940s and 50s, for example, there was a pretty cool law prescribing 10 years of jail time for anyone who said, sang, or whistled anything that could be construed as being against the US government.

Add to that a lengthy campaign of forced sterilisation of Puerto Rican women, the conversion of the Puerto Rican island of Vieques into a US military base and navy bombing range, and the suffocation of the local economy for the benefit of US corporate financial interests, and you wonder how Puerto Rico could possibly be better off independent.

Significantly, despite hefty contributions to the US Treasury, Puerto Ricans are not permitted to vote in US presidential elections and have no effective representation in the US Congress.

So much for that old line about “no taxation without representation” – which was, of course, America’s justification for overthrowing its own colonial masters some 100-plus years before the acquisition of Puerto Rico.

Lest any misled person mistakenly diagnose the Puerto Rican arrangement as one of straight-up colonialism, the US judiciously pressured the United Nations in 1953 to remove the island from its list of global “non-self-governing territories”.

Now, we are told Puerto Rico is a “commonwealth” – which certainly sounds a lot more civilised than the other C-word.

And thus Puerto Rico remains the colonial elephant in the room. (Make that one of a herd of elephants, if we want to include Guam, American Samoa, the Northern Mariana Islands, and the US Virgin Islands.)

Its colonial status is rendered ever more glaringly apparent by a handy little deal called the Jones Act, which, as an article on the PBS website explains, “requires everybody in Puerto Rico to buy goods from an American-made ship with an American crew, limits business owners and jacks up prices”.

Beyond the shameless exploitation of Puerto Rico as a captive market, the US has contributed in numerous other ways to the island’s current crippling debt crisis.

In the end, colonialism is alive and well in this day and age - presided over by none other than the self-appointed global pioneer of freedom and democracy.

“A generous series of tax breaks enacted by Congress shielded the profits of US corporations operating here and helped transform Puerto Rico from a largely agrarian society to a manufacturing powerhouse”.

The article continues: “But what Washington gave, it also took away”.

Luckily for Wall Street, the taking away opened up all sorts of opportunities for predatory investors who scrambled to buy up discounted debt and augment their tropical beachfront property collections.

As is par for the course in neoliberal systems that prioritise making the rich richer over helping the poor to survive, the response to the debt crisis can be summed up in a single word: austerity.

A May 2017 New York Times article, for example, reports on the curious matter of “the Washington-based consultant who was recently named secretary of education in Puerto Rico … a few months after Puerto Rico’s affairs were taken over by a governing board in New York”.

Again, so much for “self-governing”.

The article notes that “the oversight board has warned that the government must save up to $40 million a month, suggesting that about 300 schools close”. This is on top of the multitude of schools that have already been closed – many of them, predictably, in poverty-stricken areas.

A more straightforward means of generating needed revenue might of course be to scrap the Jones Act, or to tone down obscene tax breaks for obscenely wealthy people on an island where nearly half of the population happens to live below the poverty line.

While the whole colony question was supposed to have been definitively put to rest in 1953, a pesky UN Special Committee on Decolonisation had the audacity in June 2016 to approve a text calling on the US government to expedite Puerto Rico’s “self-determination process”.

A committee hearing featured numerous speakers from Puerto Rico and elsewhere who denounced everything from America’s forcible imposition of the death penalty on the island to the catastrophic health crisis on Vieques – linked by many observers to toxic US military activity – to efforts to disappear Puerto Rican national identity and culture.

Granted, this was before the release of Despacito, the most streamed song to date, which has made all sorts of strides in terms of cultural preservation. (Just kidding.)

In the end, colonialism is alive and well in this day and age – presided over by none other than the self-appointed global pioneer of freedom and democracy.

And while there may be few reasons for optimism given the current international state of affairs, we might at least hope the backyard “commonwealth” isn’t condemned to 100 more years of servitude. 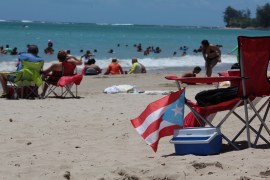 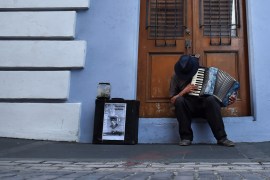