“It is true that we have a border dispute with China. But in the last 40 years, not a single bullet has been fired because of it”, exclaimed Indian Prime Minister Narendra Modi during his visit to Russia in June.

He hailed the 21st century as “the century of Asia”, with India and China poised to “influence the situation of the world in the coming decades.”

The situation on the ground, however, suggests otherwise.

The decades-long “cold peace” between India and China is actually under severe strain. For the last two months, hundreds of Indian and Chinese soldiers have been squaring off over a “tri-juncture”, which tenuously separates India, Bhutan and China thousands of kilometres above sea level.

There have reportedly been clashes between the two sides, with Chinese and Indian soldiers throwing stones at each other, but so far stopping just short of firing their guns. But tensions are rising every day, with diplomatic patience wearing thin. The two Asian giants, collectively home to a third of humanity, are once again on the verge of direct military conflict with frightening implications for the region and beyond.

The so-called Line of Actual Control (LAC), which separates India from China, is a potentially explosive oxymoron. It is neither a clear line nor is anyone fully in control.

The murky territorial boundaries are the poisonous legacy of 19th-century colonialism, when the British Raj and Qing Dynasty sought to negotiate their overlapping imperial boundaries under fluid geopolitical circumstances.

With their economies and military capabilities expanding, both modern India and post-Qing China have been pushing the envelope to maximise and mark their territory in the area.

At the heart of the new round of tensions is the Doklam plateau, which lies at a junction between China, the northeastern Indian state of Sikkim and Bhutan, is currently disputed between Beijing and Thimphu. India supports Bhutan’s claim. India and China already fought a war over the border in 1962, and disputes remain unresolved in several areas.

The situation reflects the perils of Beijing's rising assertiveness, which is rattling both its continental neighbours such as India as well as maritime neighbours in the East and South China Sea, namely Japan, Vietnam, the Philippines and Malaysia.

In mid-June, Indian soldiers crossed into the plateau to prevent Chinese border guards from bringing in road-building equipment into the contested area.

New Delhi claimed that its latest action was in defence of its ally, the tiny kingdom of Bhutan, which has no direct diplomatic relations with China and is a de facto protectorate on India. But the South Asian powerhouse was likely more worried by the prospect of China extending its strategic reach (via construction of new road systems across Bhutan-claimed territories) close to so-called “chicken’s neck”, a strategic corridor that connects India’s heartland to its eight northeastern states.

New Delhi is worried about losing strategic high ground to its rival-neighbour, which has a military budget that is four times larger and is bent on buying friends and allies throughout the region with major infrastructure investment deals.

The situation reflects the perils of Beijing’s rising assertiveness, which is rattling both its continental neighbours such as India as well as maritime neighbours in the East and South China Sea, namely Japan, Vietnam, the Philippines and Malaysia.

Throughout the decades, continental-size China, with 14 land neighbours and six sea neighbours, has been embroiled in 23 border disputes. Many have been resolved, particularly with Russia and central Asian republics, but those with the likes of India, Vietnam and Japan have festered in recent years.

Following India’s decision to send its soldiers to the Doklam plateau, an incensed China has warned of direct military confrontation and a repeat of India’s humiliating defeat during the 1962 border conflict.

Amid deteriorating diplomatic relations, Indian and Chinese leaders have been refusing to meet each other on the sidelines of major summits in recent months. Meanwhile, hawks and sensationalist media on both sides have been sabre-rattling and engaging in bitter and acrimonious exchanges in recent weeks.

All this marks a dramatic turnabout in the direction of bilateral ties.

Since coming to power in 2014, Mr Modi has tirelessly sought to upgrade bilateral relations with Beijing. After all, he was a former minister of Gujarat, a booming Indian state that has benefited from large-scale Chinese investments.

Few months into office, he cordially welcomed Chinese President Xi Jinping to the luxurious Hyderabad House, where the two leaders indulged in personal diplomacy with bonhomie amid much media fanfare.

The following year, Modi visited China, where he signed multibillion-dollar business deals, visited key cultural sites of China and, along the way, took an intimate selfie with Chinese Premier Li Keqiang, which flooded the social media landscape with thousands of shares.


He also shared on Chinese social media platform Weibo portraits of his gifts to Xi, including a Buddhist relic and a millennium-old statue of Buddha excavated from his home state of Gujarat.

Quick to underscore the shared Buddhist legacy of both neighbours, the Indian leader visited the ancient city of Xi’an, the cradle of ancient Silk Road, where he received a gift from a Buddhist monk.

Modi’s cultural diplomacy efforts and personal investment in bilateral relations, however, have been torpedoed by age-old territorial disputes. The standoff in the Himalayas underpins the fragile nature of bilateral relations between the world’s two most populous nations.

It also reveals growing territorial nationalism and strongman brinkmanship on both sides, as President Xi Jinping and Prime Minister Narendra Modi tap into ethnocentric sentiments for domestic political purposes. At this point, both men, who have promised to make their countries “great again”, are in no position to back down.

Given the high stakes involved, the fate of peace in Asia could very well be decided by their next moves. 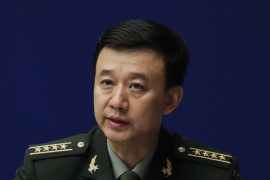 China tells India not ‘to push your luck’ and pull back troops from Doklam plateau amid rising tension. 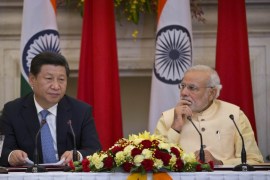