It’s really that simple. Let’s start by tearing these statues down.

Let’s ask everyone’s favourite separatist, Robert E Lee, his thoughts on even the possibility of these monuments. Lee ultimately decried separatism and Confederate statues following the war, arguing instead for the nation “not to keep open the sores of war but to follow the examples of those nations who endeavoured to obliterate the marks of civil strife, to commit to oblivion the feelings engendered.”

Make no mistake – these are monuments to traitors who attempted to tear the nation asunder. Let me say this again – these are men who attempted to secede from the union because of their dedication to slavery in both theory and practice (yes, you’re right, this was an issue of states’ rights – namely, the right of states to allow slavery).

If many of these men, upon losing the Civil War, acknowledged the incompatibility of effective absorption back into the union and the memorialisation of their participation in efforts to rip it apart, why is this a conversation worth having today? Isn’t this also something to “get over”? I mean, if they did why can’t you?

There’s a line going around today, in view of Charlottesville, of Durham, of Boston, that claims these monuments serve as a reminder of our flawed past, or our ability to overcome. This idea is patently false, ahistorical, and willfully ignorant of the national timeline.

I think especially of the monument that was taken down by protesters on Monday, August 14, in my own hometown of Durham, North Carolina. The Confederate Soldiers Monument bore an inscription reading “In memory of the boys who wore the gray” and a seal for “The Confederate States of America”.

OPINION: Have black historians been wrong all along?

The statue was dedicated to the city in 1924 – 59 years after the war concluded. In fact, as has been well-documented elsewhere, the majority of these monuments emerged in the early 1900s. This wasn’t a tribute to those who fought in the war, most of whom were dead by then.

There's a line going around today, in view of Charlottesville, of Durham, of Boston, that claims these monuments serve as a reminder of our flawed past, or our ability to overcome. This idea is patently false, ahistorical, and willfully ignorant of the national timeline.

This was a tribute to Jim Crow, a reminder of separate and unequal status under the law. It has been a reminder to those entering into and departing the court of their position in the city and county. This was and is formalised, memorialised intimidation.

This isn’t history. This isn’t unity. This is the reification of white supremacy – of white power. This is the dividing line between those who have the full rights of citizenship and those who don’t, both when it was erected initially and to this day. And that’s exactly what it was meant to be.

So when you say “get over slavery” and then fight with rhetorical violence – and in some cases literal violence – to keep these monuments standing, you are ultimately showing your own inability to get over it.

I am thinking today of the bravery of Takiyah Thompson, the young woman who was arrested in Durham for her role in bringing down the Confederate monument. I am also thinking of Durham County Sheriff Mike Andrews’s assessment that the toppling of the monument must “serve as a sobering example of the price we all pay when civil disobedience is no longer civil”.

The meaning of civil disobedience has always been markedly ambiguous, to be sure, but a non-violent protest in which no person was harmed – in which only property was damaged – certainly might be construed under this heading.

Let’s not forget that Henry David Thoreau, who brought the term into the mainstream with the publication of his 1849 essay, “Civil Disobedience”, approved of the manner and method of John Brown’s violent abolitionist raid in 1859 at Harper’s Ferry, Virginia. Cute phrasing aside, civil disobedience is not necessarily non-violent. And whether or not you advocate for non-violence as a moral choice, a distinction must be made. Non-violent passivity is a privilege not afforded the marginalised; non-violent action is resistance.

I am concerned then that this takedown is the “sobering example”, rather than the murder of Heather Heyer or the beating of De’Andre Harris in Charlottesville at the hands of neo-Nazis. Are only those protests that seek to undermine white supremacy held to this definition of civil in civil disobedience?

It’s been said before, but it bears repeating – Germany doesn’t have monuments to Nazis because they are ashamed of the Holocaust; The United States maintains Confederate monuments because we aren’t ashamed of ours. Germany hasn’t needed statues to remind them not to be Nazis. Are the proponents of these monuments in the US claiming they do?

The after effects of slavery still frame the lives of everyone in the US – in the de jure and de facto treatment of black and non-black citizenry. It frames our experiences because these aren’t just monuments to a war – they are monuments to the “good ol’ days” of Jim Crow and segregation, and of unmasked white supremacy. Indeed, Confederate generals served in the government in the post-bellum, rather than being treated as POWs or even persona non grata.

We need these silent reminders – watching over us as we walk on college campuses and meander in our downtowns – to continue the white supremacist functioning of the nation. When we see these statues, no one has to say a word. They say “I belong and you do not and will never.” They remind us of a time when America was “great” and serve as an anchor to making it “great again”.

Stop telling me to get over slavery – you first.

Danielle Fuentes Morgan is an assistant professor. She writes about African American literature and culture, comedy, and the 21st century. 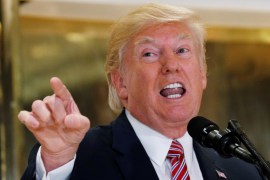 Why we still need Black History Month in the US