The mutilated body of Chris Msando, acting director for Information and Communications Technology at the commission overseeing the highly anticipated August election, was found in a forest near the capital less than ten days ahead of the vote.

Let that sentence marinate in your mind for a while so you can appreciate the shocking turn that the campaign season in Kenya has taken. Just over a week before the vote, one of the most senior officials at the Independent Election and Boundaries Commission (IEBC) was kidnapped, tortured and murdered, fuelling greater uncertainty and anxiety around the election.

Despite speculation to the contrary, indicators were that Kenya’s 2017 election, while highly contentious, would not rise to the level of violence experienced in 2007. As many as 16,259 people are standing for office, suggesting that for better or worse there is greater increasing interest in participating in politics. The primaries in April were neither completely free nor fair but the number of incumbents that were voted out suggested that voters were ready to exercise their agency.

The endless list of public forums and debates hosted by civil society groups and local NGOs hinted that after years of depending primarily on international organisations, local civil society was ready to take responsibility for political education. It looked like Kenya’s bruising battle for legitimate democracy was finally growing up.

Msando’s murder isn’t just a devastating blow to his family, who will undoubtedly be crushed to have lost a loved one in this way. It is a massive setback for the entire Kenyan election which has been teetering towards illegitimacy.

In the weekend that Msando was killed, the IEBC was struggling to explain why it had printed an excess of more than 1.2 million ballot papers – well over the 1 percent (about 192,000) allowance for spoilt votes that is demanded by its own regulations. Msando’s last assignment on Friday night was a live television segment in which he demonstrated the Integrated Election Management System (IEMS) electronic vote count system – a move probably triggered by the intense legal and legislative battle on the use of an electronic versus a manual voter identification system.

Public confidence in the possibility of a truly free and fair election was already low, but this murder significantly undermines it. As details emerge, it is clear that Msando was murdered, possibly because of his role. He was one of a handful of people in Kenya who knew both the login information and the physical location of the servers that will run the highly digitised election.

The use of torture – he was allegedly missing an arm and was bleeding even at the morgue – suggests that Msando died because of information he had. Kenyans are now left to speculate on why this election mattered so much to one of the people seeking their endorsement for political office that Msando had to be killed.

It’s hard to describe how thoroughly this turn of events crushes hopes that this election would inch Kenya towards a more robust democracy – a reminder that no matter how badly most Kenyans reject violence, those with power can inflict wanton damage at will.

Msando’s murder signals that all of the small changes at the local level that increased the voter’s sense of agency over the process – increased numbers of women running for office, more door-to-door campaigning versus mega rallies, increased investment in public education initiatives such as debates – have not yet translated into major changes in the sinister character of national politics. The toxic politics that led to the murders of political luminaries such as Tom Mboya, JM Kariuki, Pio Gama Pinto and Robert Ouko, as well as election violence in 1988, 1992, 1997, 2007 and 2013, is still with us.

Moreover, if the police cannot keep a single official with such an important role alive, can they keep every other voter safe? Msando had allegedly reported death threats to the police multiple times, but according to the local press, he did not have a security detail.

In the past year the police have invested heavily in anti-riot gear and armoured vehicles and plastered those images all over the press, yet the same police force cannot keep the people running the election alive. If they could not protect Msando, what was the point of the massive displays of equipment other than intimidating voters?

It would be patently false to argue that premeditated murder isn’t part of politics in Kenya. There has been a significant political assassination under every leader in Kenya’s history, not to mention a pattern of extrajudicial executions that goes back to colonisation.

Still, that doesn’t diminish the terror that such killings instill in the public, and in an election year, it is likely to have a chilling effect on participation and enthusiasm. It undermines confidence in key institutions and only augments the anxiety that this election will go badly. The only flicker of hope is that Kenyans will respond to their anxiety by voting anyway and pushing back against the fear, at the very least in honour of Msando, who didn’t need to die. 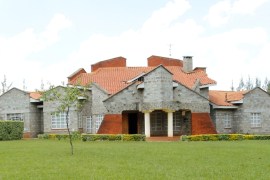