On Tuesday, North Korea successfully tested an Intercontinental Ballistic Missile (ICBM). Owing to the manner of the test, the missile did not fly all that far, but projections indicate that the North may now have a device which could hit the United States.

Questions remain about whether North Korean engineers can miniaturise a nuclear warhead and attach it to a working delivery vehicle. But if they manage to do this, thus posing a credible threat to the US, the clamour in the Beltway and within the White House to hit North Korea may grow unstoppable.

US President Donald Trump has already declared that he plans “pretty sever things” in response to North Korea’s latest test. US Ambassador to the UN Nikki Haley has said that military action against Pyongyang is still on the table.

Amid these rising tensions, South Korea’s President Moon Jae-in called for more sanctions against the North and for a peaceful resolution. Unlike Trump’s administration, Moon’s government cannot afford to provoke a military escalation on the Peninsula. It stands to lose a lot.

South Korea has lived with the threat of North Korean artillery and more recently shorter-range ballistic missiles hitting (and destroying) Seoul for much of its history. A US strike on North Korea is not in South Korea’s interests, since such an attack would provoke a counterstrike on Seoul – one that has the potential to kill hundreds of thousands.

China will not support a strike on North Korea, because it knows that such a strike would destabilise the North Korean government and provoke a war on the Korean peninsula. The last thing China wants is a war in its backyard. If Kim Jong-un were to respond with a counterstrike, then war would begin immediately.

If the US decides to strike North Korea, its first target will be nuclear and/or missile production facilities. Only after knocking out artillery positions in the North, Washington will make a decision about sending troops to Pyongyang.

However, Kim Jong-un has presented himself a hothead in the past, especially during the crisis of 2013, so there is a good chance that he will order a general mobilisation of the North Korean military following the very first strike. He can even order the use of his military’s ballistic missile capabilities before the US forces in South Korea are able to persuade their South Korean counterparts that it’s time to march north.

How will China respond to all this? Probably not as they did during the first Korean War, but they are unlikely to welcome US forces crossing the demilitarised zone. Indeed, they may well begin supplying their North Korean “allies” with intelligence, satellite imagery, radar data and radio intercepts in order to prolong the conflict and perhaps prevent the final collapse of the North Korean regime on American terms. We do not know how Beijing will respond, but hedging and some assistance to Pyongyang absolutely remain distinct possibilities.

May North Korea be persuaded not to “overreact” in the face of US strikes? Might they be threatened into silence? As US policymakers are well aware, the North Koreans are likely to retaliate, and they may very well decide to do so even if faced with the threat of decapitation strikes and a general war.

As the American journalist and professor Brian Myers has been saying for years, military power and aggressive nationalism are the bedrock of regime ideology in the North, and allowing the US to get away with hitting its military installations could destabilise the internal cohesion of the regime. Given the unpredictability of the North Korean regime, and what’s more, the potential precariousness of its popular support should it show weakness, a strike on the North comes with the ever-present threat of a massive retaliation and escalation.

Washington seems to still hold out the vague hope that China can be persuaded to heavily sanction North Korea and thus force Pyongyang back to the bargaining table on the nuclear question.

Either way, a US strike on North Korea without the prior approval of South Korea was opposed by all the candidates in the recent South Korean presidential elections, and it seems unlikely that the Moon administration would approve such a move.

So for all these reasons, and mainly because the US does not want the bloody mayhem that is likely to ensue in the event of strikes, the Trump administration should not hit North Korea. There is still the vague hope that China can be persuaded to heavily sanction North Korea and thus force Pyongyang back to the negotiating table on the nuclear question. Also, China and Russia do not support and are unlikely to ever support US strikes on North Korea.

Saner voices see denuclearisation now as a pipe dream. Given this, we need to find a way to live with a nuclear North Korea.

How can this be possible?

There is increasing talk on the Chinese and Russian side of a freeze in North Korean missile and nuclear tests in exchange for a scaling-down or halt of US-South Korea military exercises. This looks like it will be unacceptable to Washington, given that it looks like rewarding aggressive behaviour.

Now that the North Koreans seemingly have a working ICBM, however, do they really need to engage in additional tests? Perhaps a lull for several months in the frequent test schedule will give the Moon administration the time and breathing space to begin what appears to be their preferred policy of measured, careful engagement. This seems to be where we are headed, unless President Trump decides to throw this region into bloody chaos. 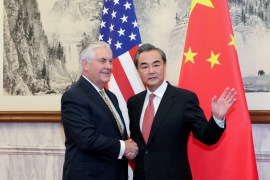 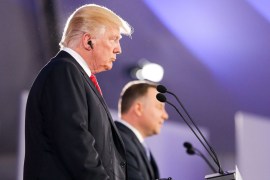