This is the text of Kenneth Roth’s speech delivered on July 24 in Doha at the Freedom of Expression conference organised by Qatar’s National Human Rights Committee.

Political freedom and especially free expression are at the heart of the current Gulf crisis. That is why so many human rights and journalistic freedom organisations have rallied to Qatar’s defence. But that also highlights the importance of Qatar maintaining the moral high ground by using this crisis as an opportunity to reform itself.

We are all aware of the terrorism allegations that are said to be the foremost concern. I can’t speak to the claims of secret financing. But I am aware that long-term, open Saudi financing of Wahhabi and Salafist preachers and schools has promoted an extreme form of Islam that lies behind many terrorist groups today.

And while we tend to limit the terrorist label to non-governmental groups, the Saudi-led coalition has been causing a humanitarian disaster in Yemen. Indiscriminate bombing has repeatedly killed many civilians. An embargo has led to widespread malnutrition and even starvation. A weakened population now faces the world’s largest cholera outbreak, surpassing Haiti’s by a wide margin.

We’re here to discuss free expression and broader political freedoms. It’s telling that the leading demands against Qatar by its neighbours seem to involve these rights.

Most obvious was the demand to close or control Al Jazeera. In a region known for stultifying official media, Al Jazeera was a breath of fresh air. It wasn’t always perfect. Certain issues, particularly in the Gulf, including Qatar, were taboo. And in giving a forum to neglected voices, it sometimes crossed the line from featuring legitimate dissenters to giving a podium to those who advocated violence.

But Al Jazeera was a key forum for those who wanted to challenge the autocratic rule that remains the norm in the Middle East and North Africa. It reached its heyday during the Tahrir Square revolution in Egypt. It gave people throughout the region a means to be heard when challenging autocratic, unresponsive, often corrupt rulers. It was, and continues to be, a dictator’s nightmare.

READ MORE: What is the Qatar-GCC showdown really about?

But the essence of what the Gulf monarchs found dangerous about the Muslim Brotherhood is that it represents a vision of Islamic governance based on the ballot box, rather than hereditary (or, in the case of Egypt, military) rule. Like Al Jazeera, the Muslim Brotherhood saw a role for the general public in political discourse and governance. That is a scary proposition for the Gulf royal families and Egypt’s military rulers.

At its heart, the current tensions between Qatar and its neighbours is about free expression and political freedom.

It is noteworthy that Qatar was willing to support the Muslim Brotherhood since this country is no more a democracy than the other Gulf monarchies. I hope that signals an opening.

So at its heart, the current tensions between Qatar and its neighbours is about free expression and political freedom. Yet I would be remiss, speaking here in Qatar, if I left the impression that Qatar were beyond reproach with respect to free expression.

In 2014, Qatar adopted a cybercrime decree which criminalises the spreading of “false news” on the internet and provides for a maximum of three years in prison for anyone who posts online content that “violates social values or principles” or “insults or slanders others” – very broad and vague standards.

In 2015, Qatar authorities used that law to detain a journalist from the country’s only independent news website, Doha News, after he wrote an article naming a man convicted of a serious criminal offence.

In November 2016, Qatari authorities ordered internet service providers to block the Doha News site, which has been running since 2010, making it inaccessible to internet users in Qatar.

Needless to say, these are not the acts of a government that should be trying to maintain the moral higher ground in a dispute about free expression. Qatar should repeal the provisions of the 2014 Cybercrime Law that limit free expression. And unblock the Doha News website.

There are things that Qatar could do to uphold freedom of expression in its foreign relations as well. This week the Qatari emir will meet with Turkey’s president, Recep Tayyip Erdogan. I realise Turkey is a close ally, but it is also in the midst of one of the world’s most severe crackdowns on journalists. The same principles the uphold the freedom of Al Jazeera to speak the truth, even when inconvenient, should apply to Turkish journalists as well. I hope the emir will remind President Erdogan of those principles.

There are also important things that Qatar could do to ease the burden of the dispute with its neighbours on the Al Jazeera journalists who are here as well as other long-term residents. Human Rights Watch released a report last week on the plight of families who are facing separation because they are of different nationalities. The problem is compounded because Qatar, like its neighbours, allows nationality to be passed only by men, not women, in violation of article nine of the Convention on the Elimination of All Forms of Discrimination Against Women (CEDAW), to which Qatar is a state party.

If a Qatari woman is married to a non-Qatari, her children have no citizenship rights in this country, leaving them vulnerable to pressure from Qatar’s Gulf neighbours. Those neighbours have already ordered their nationals to leave Qatar, which could include children of Qatari women married to a man from one of those states, even though they have spent their entire lives living in Qatar. Now would be a good time for Qatar to end gender discrimination in the right to confer nationality to one’s children.

Here I want to make special mention of the plight of Al Jazeera workers. Human Rights Watch interviewed 14 Al Jazeera employees, including seven Egyptians, six Saudis, and one Bahraini who said that they cannot renew their passports and thus are worried about losing their Qatari residency permits. Many of the Egyptian employees moved to Qatar after authorities in Egypt threatened, intimidated, beat, or arrested them. One journalist said he applied to renew his Egyptian passport in January 2017, but that Egyptian embassy officials told him in April that they would not renew it. His passport will expire in August.

These AJ employees are classic refugees who need protection. Qatar’s constitution bans the “extradition of political refugees” and specifies that the granting of asylum shall be regulated by law. But Qatar has never promulgated a law on asylum or signed the 1951 Refugee Convention and its 1967 Protocol, despite having ratified the Arab Charter on Human Rights which requires Qatar to respect the right of everyone to seek asylum. Nor does the UN Refugee Agency (UNHCR) have an office in Qatar where it could review refugee claims. And Qatar has no other procedures in place that would allow those who fear persecution in their home countries to seek protection in Qatar or challenge their deportation.

Qatar could become a leader in the Gulf, and reaffirm its commitment to protect people like the Al Jazeera employees, by ratifying the Refugee Convention and Protocol, establishing refugee and asylum laws consistent with those standards, and inviting UNHCR to open an office here.

So to conclude, there are important things that Qatar can do to maintain the moral high ground from which it has so greatly benefited in its dispute with its neighbours. As the old adage goes, every crisis is also an opportunity. Yes, Qatar today faces a crisis, but it is also an opportunity to become a regional leader on human rights. I hope Qatar will seize that opportunity. 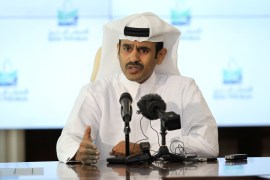 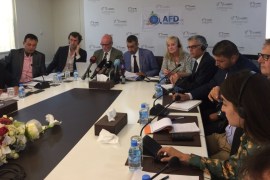